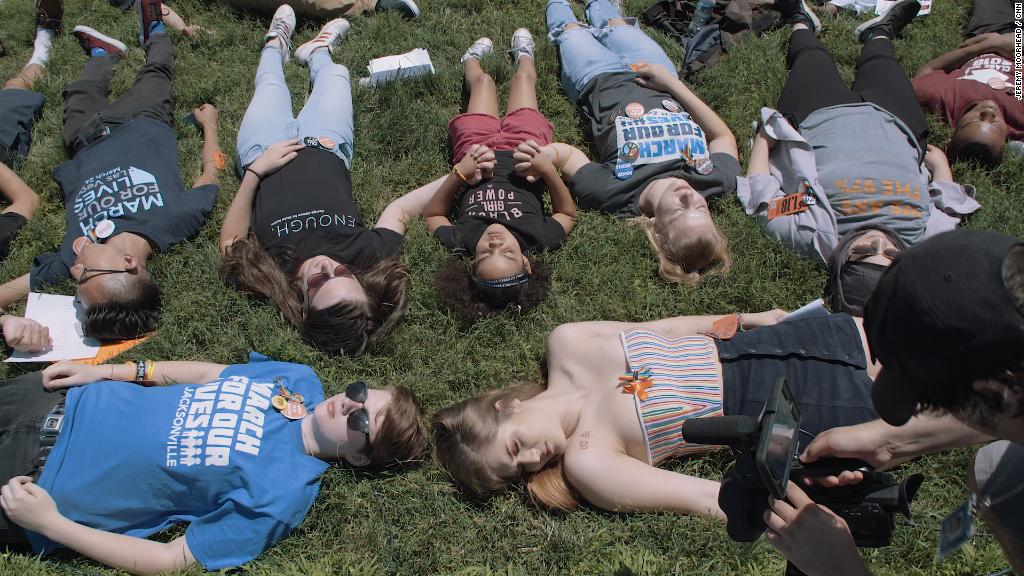 Schools across the country are reassessing security measures in response to a wave of school shootings.

They’re investing in video surveillance, entry control systems, lockdown training and armed police on site. And some are considering newer gadgets that claim to fill security gaps, including door barricades and bulletproof backpacks.

School security is a rapidly expanding business, according to research by Jim Dearing, senior security analyst at IHS Markit. The education sector of the security market grew to $ 2.7 billion last year, up from $ 2.5 billion in 2015. The proportion of schools using video surveillance grew to 70% in 2013, up from 20% in 1999.

The market for security equipment is flattening now that the vast majority of schools are stocked up, Dearing said.

This year’s National Active School Shooter Conference has had to increase its exhibition hall size by three times, said Sean Burke, president of the School Safety Advocacy Council. The number of exhibitors at the conference, taking place in Orlando in July, has gone up 25% compared to last year.

“Security companies are adapting products for the school market,” he said. “Some aren’t proper for a school environment.”

Dearing agrees that some schools that already have “real security” are exploring another wing of the market, representing more niche, non-traditional devices.

Many schools are using these gadgets as quick fixes, to show the community they’re doing something, said Rick Kaufman, an emergency management consultant who led the crisis response team at Columbine High School. He now advises school districts on their security plans.

“Schools are scrambling,” he said. “They’re not looking at what might be the best solution.”

Some of these gadgets pose a number of safety problems of their own, he said. For example, door jams are a violation of many state egress codes, because wheelchair-bound students can’t exit.

BulletBlocker is a manufacturer of bulletproof backpacks and clothing. Founder Joe Curran said sales have shot up by 400% since Parkland. Though school districts don’t typically purchase his products, Curran said he’s now receiving many inquiries from concerned parents. Some have bought backpacks in bulk and donated them to their kids’ schools.

Related: How Parkland stayed in the media spotlight

Many districts have purchased a door barricade called the Bolo Stick. It would keep classroom doors shut during a shooting in an effort to buy time for a police response.

“We’re getting calls left and right,” said founder Bill Barna. It was barely an industry before, he said, but it’s now surging. In the first quarter of 2018, the company’s made more sales than in all of 2017. Since 2014, it has grown five-fold.

“I’m not here to make a million dollars,” said Barna, the Bolo Stick founder. “I’m here to save a million lives.”

The historical holdback for schools in deciding which tools to implement has been the lack of funding.

But since Parkland and other recent mass shootings, districts have generally freed up funds, said Kaufman, allowing sales to rise.

Financing safety is a balancing act that relies on a combination of local and state tax dollars and grant money. Various private grant programs now award funding to schools that apply. A handful of states make use of modest state grants. And some states — like Minnesota, where Kaufman now works — allow districts to enact levies to raise additional revenue for security.

In California, funds are scarce, said Dale Marsden, superintendent of the San Bernadino Unified School District. He prefers to spend the little cash they receive on preventative measures and to promote a culture of safety.

“We don’t want to become emotionally reactive,” he said. “It’s about staying one step ahead of the bad guys.”

October 9, 2017 Admin Comments Off on Premarket: 6 things to know before the bell

August 13, 2016 Admin Comments Off on Americans still love spending on their homes