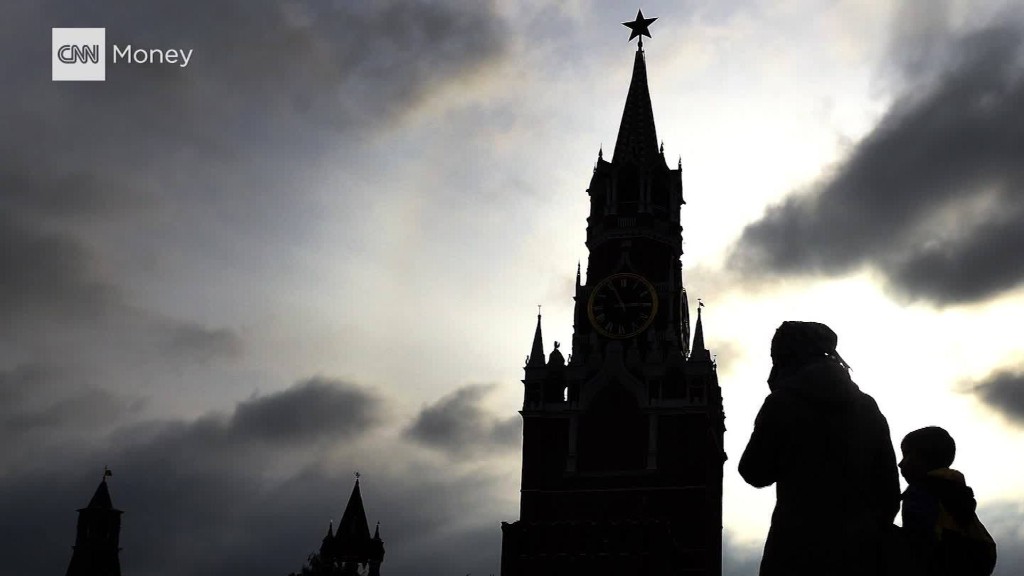 How Russian hackers could influence the election

Imagine a major attack against the Internet on Election Day with a singular goal: disrupt voter turnout.

It sounds like pure paranoia, but that’s the gist of a debate that started on Twitter this weekend and quickly drew in some big names in Silicon Valley.

“Many groups have the ability and incentive. Maps outage alone could easily skew the election,” D’Angelo wrote.

Put another way: If an organized group could somehow take down a service like Google Maps though a brute-force attack or security hole, perhaps it would prevent some voters from finding their voting locations. After all, many big services like Twitter (TWTR, Tech30), Netflix (NFLX, Tech30) and Spotify suffered outages this month from a prolonged cyberattack.

Such an attack might disproportionately affect “young people who rely on phones” and lean Democrat, at least according to D’Angelo.

Many on Twitter dismissed D’Angelo’s comments as “conspiracy theories” that lacked “sources” to back it up, but one group appeared to take it surprisingly seriously: the tech industry.

“Is there anything to be done about it?” Dustin Moskovitz, a Facebook cofounder and billionaire backer of Hillary Clinton, tweeted in response to D’Angelo.

Mike Vernal, a venture capitalist at Sequoia, called it a “scary thought.” Elad Gil, a former Twitter exec, suggested it “would be great if major internet cos had maps available either in products or offline.”

“There’s often chatter here and there [about election cybersecurity in Silicon Valley], but since Nov. 8 is so close, the volume has definitely turned up a bit,” says David Byttow, a former Google engineer and founder of Secret, who also joined the Twitter debate.

Byttow tossed out other blockbuster targets that that would be particularly disruptive, including Google’s search engine (yes, Google (GOOG) again) and cell providers like AT&T (T, Tech30) and Verizon (VZ, Tech30) that connect millions to online services.

“I think the chances of a large-scale orchestrated attack [are] very low,” Byttow added. “But, given all that’s at stake in this election and the seemingly unprecedented tensions that have been stirred up on all sides, I wouldn’t be surprised if it did happen.”

Security experts mostly shrugged off the doomsday scenario as little more than tech execs getting carried away with themselves.

“Silicon Valley is filled with smart people thinking to themselves, ‘If I was going to disrupt the election, what would I do?'” says Jeremiah Grossman, chief of security strategy at SentinelOne, which makes security software.

In reality, it’s nearly impossible. Not only would the supposed group have to find a way to take down Google Maps, a difficult feat on its own, it would also have to interrupt competing mapping services from Apple (AAPL, Tech30) or Yahoo (YHOO, Tech30) to really cut off voters.

“Taking down all three, I don’t think that’s terribly doable,” Grossman says. Even then, a voter could just call their local election board.

That doesn’t necessarily mean all will be quiet online this Election Day, however.

Another more likely scenario, according to security experts and some in the tech industry, is hackers would go after easier targets like news websites and prominent social media accounts to stop or distort the flow of information at pivotal moments that day.

“It wouldn’t have the practical effect of preventing voting, but it could have the effect of making people feel the system isn’t under control,” says Joshua Corman, a cybersecurity expert at the Atlantic Council think tank.

Byttow, the ex-Google engineer, agreed that “smaller scale attempts” are “much more likely.” Still, he sounded a cautionary note.

“The best thing that people can do is have a plan for November 8th,” he says. “Have a set time and set a local reminder on their phone, take some screenshots of the directions to the polling location and keep their head down until they cast their ballot.”