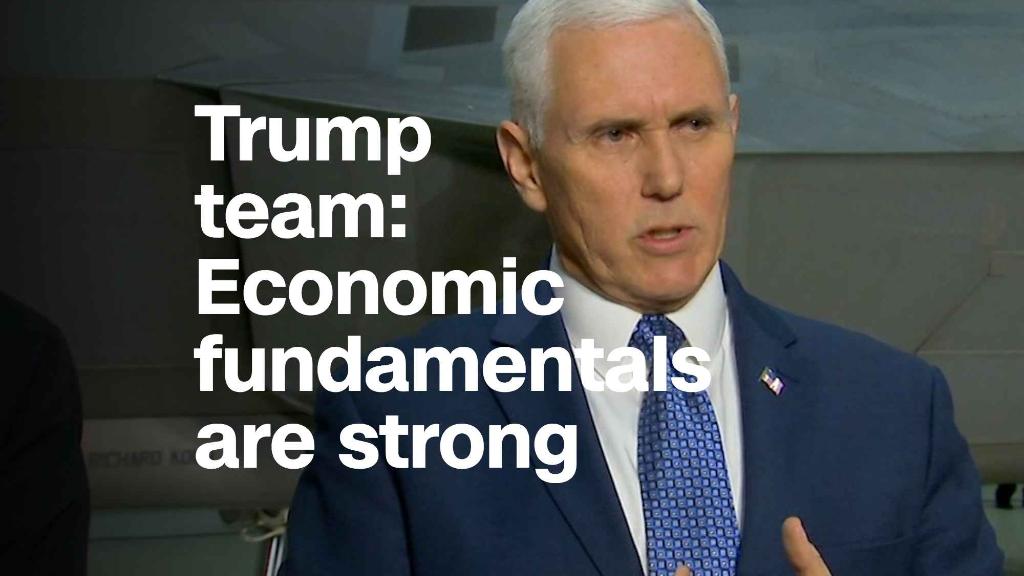 “I’m not overly concerned about the market volatility,” Mnuchin said on Capitol Hill Tuesday, as he momentarily checked his phone to relay to lawmakers that the Dow was “now up 187 points.”

The global market selloff — the largest decline in the last six-and-half years — was portrayed by House Republicans as an overdue “technical correction” that didn’t signal underlying weakness in the U.S. economy.

“How ironic, but totally predictable, that equity markets would now swoon over the prospects of higher interest rates and possible inflation associated with a breakout of economic growth,” said Rep. Jeb Hensarling, the Republican chairman of the House Financial Services Committee. “Artificially low interest rates may have benefited some on Wall Street but they haven’t been particularly helpful to Main Street.”

The U.S. economy is getting stronger. Economic growth is at 3% — again. The unemployment rate is at a 17-year low. And Americans wages are finally on the rise.

“I think the fundamentals are quite strong,” Mnuchin said.

He told reporters that policy makers are “monitoring the situation,” but are “very comfortable” that markets have been reacting orderly.

Ahead of Tuesday’s hearing, Mnuchin said he spoke to market players to ensure that traders and other companies that keep the markets running were ready for action. “I’m happy to report that I have the green lights,” he said.

He added, “We continue to believe in the long-term impact on the stock market.”

Mnuchin has yet to discuss the market’s recent sell-off with new Federal Reserve Chairman Jerome Powell, but said he plans to keep his weekly tradition of meeting with the nation’s top central banker later this week.

When asked whether the Trump administration would take responsibilityfor the recent market downturn, Mnuchin said “we’ll still claim credit that it’s up more than 30% since the election.”

Trump has repeatedly touted stock market rallies throughout the 13 months of his presidency, but has said little about the recent downturn.

The stock market dip follows months of record highs, but still leaves the Dow at a significantly higher level than it was when Trump took office.

On Monday, White House deputy press secretary Raj Shah said that “markets do fluctuate in the short term, I think we all know that. But the fundamentals of this economy are very strong.”

Brexit Britain is still creating jobs. How long can that last?

May 17, 2017 Admin Comments Off on Brexit Britain is still creating jobs. How long can that last?

New Medicare cards are in the mail. Just beware of scams

April 10, 2018 Admin Comments Off on New Medicare cards are in the mail. Just beware of scams