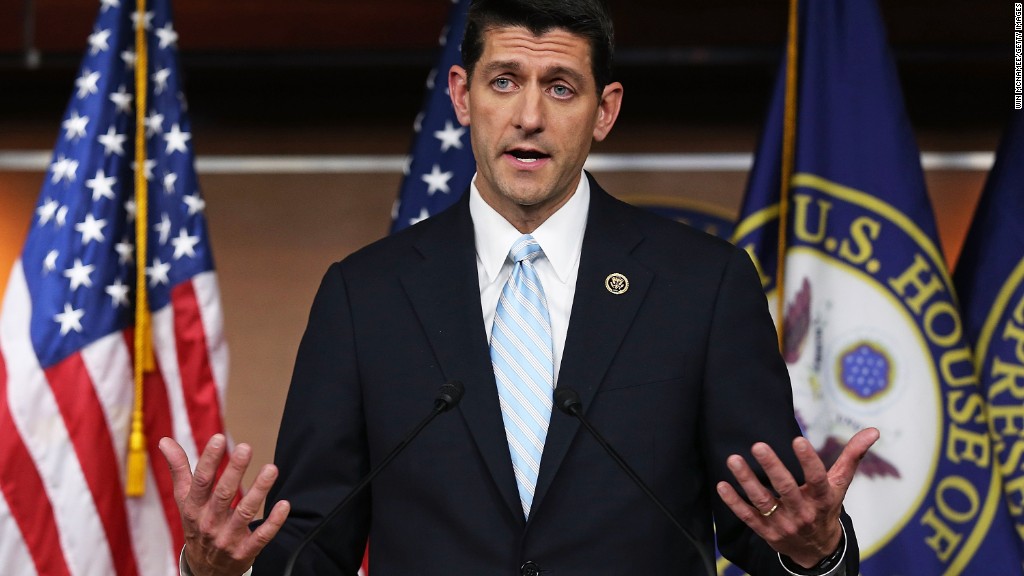 Wall Street didn’t like what it saw on Capitol Hill Friday over the health care vote.

The Dow tumbled over 100 points Friday afternoon after it became clear that the healthcare bill to replace Obamacare would be defeated in a vote. However, markets recovered quickly soon after news that the bill had been pulled from a vote at President Trump’s request.

The S&P 500, Dow and Nasdaq all went into the red after 1 p.m. ET Friday when it became apparent that Republicans did not have enough “yes” votes. After news that Trump had pulled the bill, the markets rebounded from the lows. The Dow ended 60 points lower, while S&P was off slightly. Nasdaq ended up 0.2%.

The health care bill serves as a barometer to investors for the Republicans’ ability to pass meaningful reforms while controlling the White House and both chambers of Congress.

The market’s reaction Friday “inclines us to believe that [investors] feel future Trump agendas like tax reform and fiscal stimulus are less likely to occur if the repeal and replace of the Affordable Care Act does not pass,” says Charles Ripley, investment strategist for Allianz Investment Management.

The Congressional Budget Office estimates that the GOP’s new health care bill would take away health coverage for 24 million Americans. A revised bill would reduce the U.S. deficit by only $ 150 billion over 10 years. The original bill aimed to reduce the deficit by $ 337 billion.

U.S. stock markets have rallied to all-time highs since President Trump was elected in November on hopes that he and the Republican-controlled Congress could make meaningful reforms. Some experts say that optimism could be fading.

“Hope has been the dominant emotion since the election,” says Brad McMillan, chief investment officer at Commonwealth Financial Network. “Recent market weakness may reflect an ebbing of hope on that front.”

August 27, 2018 Admin Comments Off on Premarket: 5 things to know before the bell