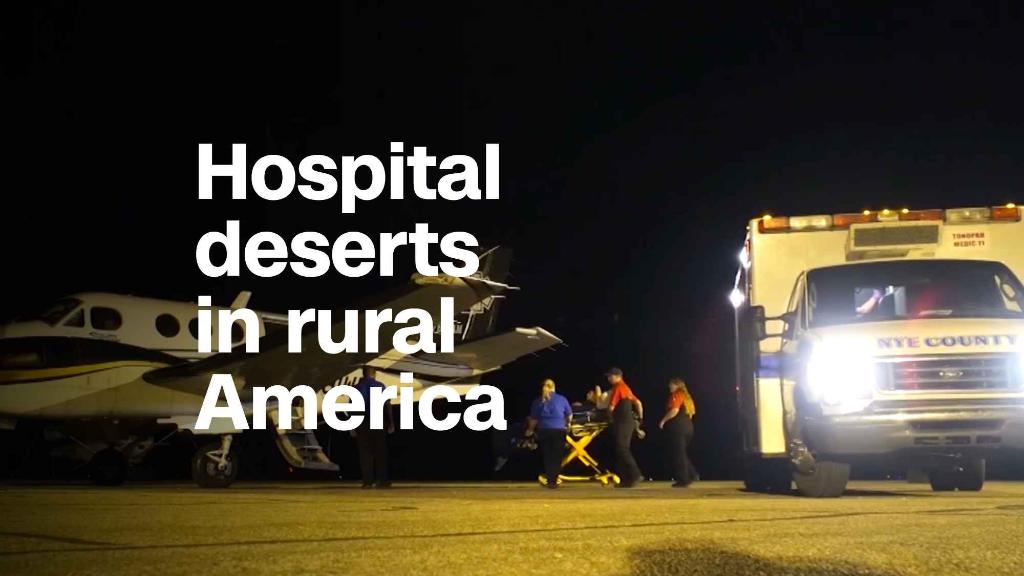 The promise of cheaper housing brought Shari Castaneda to Palmdale, California, in northern Los Angeles County, about nine years ago.

The single mom with five kids had been struggling to pay the bills. “I kept hearing that the rent was a lot cheaper out here, so I moved,” she said.

But when she developed health problems — losing her balance and falling — Castaneda found fewer care options in her new town. Unable to find local specialty care, she traveled nearly 65 miles to a public hospital in Los Angeles, where doctors discovered a tumor on her spine.

Then she had to drive nearly 75 miles to the City of Hope cancer center in Duarte, California, for an operation to remove it. The procedure left her partially paralyzed. “I walked into the hospital and I never really walked again.”

Castaneda, 58, receives Social Security disability payments and is enrolled in Medi-Cal, the state’s Medicaid program for low-income people. “There are no doctors available here,” said Castaneda. “I called every single one of them in the book, and nobody takes Medi-Cal out here.”

Instead, Castaneda now sees doctors nearly 50 miles away in Northridge.

Suburbs in the United States, often perceived as enclaves of the affluent, are home to nearly 17 million Americans who live in poverty — more than in cities or rural areas — and growing demand for care strains the capacity of suburban health services to provide for them, according to a recent study in Health Affairs. Suburban areas have historically received a fraction of health funding that cities have, leaving them with inadequate infrastructure and forcing people like Castaneda to scramble for the medical attention they need.

The Health Affairs study found that about a fifth of the suburban poor are uninsured, and many who do have health insurance — especially people on Medi-Cal — either can’t find providers or must travel far for appointments.

The Affordable Care Act cut California’s uninsured rate from 17% in 2013 to about 7% last year due largely to the Medicaid expansion, which added more than 3.7 million adults to the state’s Medi-Cal rolls. But that has not ensured access to health care for millions of suburbanites, said Alina Schnake-Mahl, a doctoral candidate at the Harvard T.H. Chan School of Public Health in Boston, who was lead author of the Health Affairs study.

“That really goes against the idea that everyone in the suburbs is insured because everyone has a white-collar job with coverage,” she said.

Coverage doesn’t equate to care even for patients with Medi-Cal, as Castaneda can attest. Before the health law, they had trouble finding doctors who would see them because of Medi-Cal’s low payment rates. That problem intensified as millions more signed up for Medi-Cal, driving many enrollees to seek services at safety-net care facilities.

Health care services in the suburbs “are not robust enough to fill the needs” of a growing low-income population, said Charlie Gillig, supervising attorney at the Health Consumer Center of Neighborhood Legal Services of Los Angeles County.

One half of California’s 39 million residents live in suburbs, and rates of poverty among them range from nearly 25% around Bakersfield to about 8% in the suburbs outside of San Francisco, according to an analysis by Elizabeth Kneebone, research director at University of California, Berkeley’s Terner Center for Housing Innovation and a senior fellow at the Brookings Institution. The same analysis showed that 2.7 million suburban Californians lived below the poverty line in 2016, compared with 1.9 million in major cities.

Castaneda, who uses an oversized power wheelchair, says it’s difficult — “often impossible” — to arrange for a ride in a van. Getting to the doctor has become a long, painful ordeal.

Castaneda said she also faces long wait times for her doctor in Northridge, a suburb that has seen an influx of patients from poorer areas. “You can’t get an appointment when you’re sick … so I’ve just been waiting and waiting,” she said. “They told me, ‘If you get sick enough, just go to the emergency room.'”

Of course, it can also be tough to get a clinic appointment or see a specialist in cities, but in the suburbs, Gillig said, “geography exacerbates an already existing problem.”

In his recent book on the changing geography of poverty, Scott Allard, a professor of public policy and governance at the University of Washington, showed funding for human services was as much as eight times higher in urban areas than in the suburbs.

California’s metropolitan areas have had many decades to build up massive health care systems to serve the poor, including county hospitals, federally qualified health centers and community clinics. But the current scale of suburban poverty is a recent development.

Policymakers struggle to serve the health needs of cities in eastern Contra Costa County, about 50 miles from San Francisco. In Oakley, for example, business and community leaders lobbied hard for a new health center, which opened in 2011. The clinic has two doctors and a nurse practitioner to serve 3,000 patients, most of whom are on Medi-Cal.

The Oakley clinic also serves patients who lack insurance, because they are undocumented immigrants or because they make too much money to qualify for Medi-Cal — or subsidized coverage under Obamacare — and can’t afford it on their own.

Leticia Cazares, regional manager for La Clinica, which operates the new health center, said “there’s a huge need” among people who are uninsured. “They don’t have anywhere else to go.”

This story was produced by Kaiser Health News (KHN), which publishes California Healthline, an editorially independent service of the California Health Care Foundation. KHN is not affiliated with Kaiser Permanente.

December 30, 2017 Admin Comments Off on First-year presidential economies: From Carter to Trump