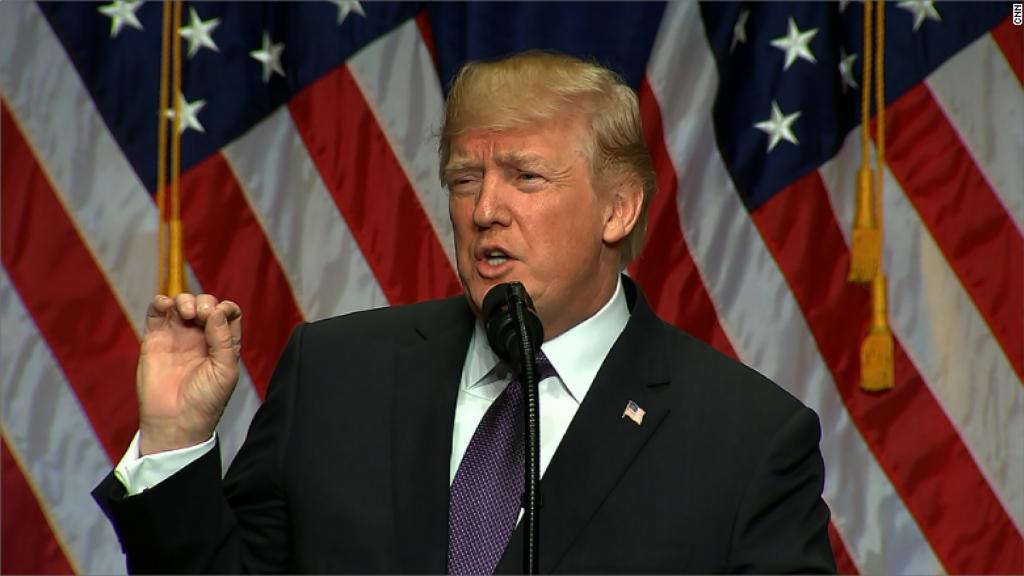 Deep underneath the Hudson River between Manhattan and New Jersey lies a century-old rail tunnel, heavily damaged during Superstorm Sandy, that still carries 200,000 riders per day.

Engineers say the tunnel should be replaced as soon as possible,at a cost of $ 12.7 billion. In 2015, the Obama administration agreed to supply half the funding for it, and designs are nearly complete. But in December, President Trump’s Federal Transit Administration sent a letter to the Port Authority of New York and New Jersey declaring the deal “nonexistent.”

Local officials were flabbergasted, and are ringing alarm bells about the potential consequences of further delay: A failure could shut down the system for months and throw the region’scommuters into chaos.

“We already knew we had a capacity problem, and that it was choking economic growth,” says Tom Wright, president of the Regional Plan Association, an independent think tank focusing on challenges facing the New York area. “Now we have the imminent threat of losing that connection. It’s like playing Russian roulette with the economy of the Northeast.”

The Gateway project — a collection of upgrades along a 10-mile span including the Hudson Tunnel — is just one among many desperately needed infrastructure priorities that have been in limbo under the Trump administration.

But Gateway is also key to the entire rail network from Washington, D.C. to Boston, known as the Northeast Corridor, which carries 800,000 people daily. According to a study by Guardian Life Insurance, a shutdown of the service would cost the economy $ 100 million per day.

And the Hudson tunnel isn’t the only point of possible failure: A handful of connections, including a bridge over the Susquehanna River in Maryland,and the Baltimore & Potomac tunnel, are in poor shape as well.

“Does it matter to the federal government that the Northeast Corridor is a functioning place? I think you could make the argument that it does,” says Robert Puentes, director of the nonprofit Eno Center for Transportation. “We don’t seem to recognize the disproportionate influence that some projects have. This isn’t just a project for New York and New Jersey, this is a project for the country.”

Funding for the corridor has been snarled by thelarger spending battle in Washington, and thedifficulty of allocating huge sums to one region when politicians would rather spread it around.

In 2010, Congress set up the Northeast Corridor Commission, a partnership of Amtrak and mid-Atlantic governments. It analyzes which projects are needed and how much they’ll cost, and determined that the total for repairs along the line would be $ 38 billion.

In a spending bill passed last year, the House included $ 500 million for Northeast Corridor upgrades that could serve as a down payment on that total.

But the Senate included only $ 26 million in its appropriations measure, and the final outcome is still up in the air, with the White House demanding billions of dollars for a wall on the border with Mexico. The Northeast Corridor is now at a political disadvantage in Washington because it connects Democratic cities with limited influence.

To navigate that environment, private interests that depend on Amtrak or that would profit from rebuilding it — including the Wall Street-heavy Financial Services Roundtable, the Philadelphia Chamber of Commerce, and the nation’s largest engineering and construction firms — formed a coalition in late 2016 and hired a former Republican House staffer who worked on transportation issues as a lobbyist.

The hope: Businesses that have influence on so many issues in D.C., from banks to pharmaceutical companies, might have enough pull to win federal funding for a transportation network that they use every day. Like Dan Fitzpatrick, president of Citizens Bank’s mid-Atlantic region and a member of the coalition, who finds himself on Amtrak at least once a week.

“The business of banking is the business of relationships and people, so we need to be able to see our clients,” Fitzpatrick says. “If you didn’t have reliable rail service, you’d be unproductively sitting in traffic jams.”

Last week, a handful of Republican representatives whose constituents depend on the Northeast Corridor — Pennsylvania’s Ryan Costello, Patrick Meehan and Lou Barletta as well as Pete King of Long Island, New York — sent a letter to House leadership pleading for the $ 500 million that had been promised. The business-backed Coalition for the Northeast Corridor sent a similar plea to the Senate, but have so far received no commitments.

President Trump, who has business interests along the corridor himself, has promised an infrastructure plan and the Northeast Corridor may get a piece of that if it comes to fruition. Officials have said it would include about $ 200 billion in federal funding, and applications would be evaluated based on how much revenue local governments could raise to match any allocation. Since New York and New Jersey earmarked funds for rail projects, the Amtrak lines would be a strong contender.

But that plan depends on Congress appropriating the money, which became more difficult after it passed a tax bill that’s expected to increase the federal deficit by at least $ 1 trillion. A spokesman for Senate Appropriations Chairman Thad Cochran said the senator is reserving judgment on the White House’s infrastructure proposal until it’s finalized.

The U.S. Chamber of Commerce has proposed raising the gas tax to pay for infrastructure projects and Trump has signaled openness to the idea, but that route has faced opposition from conservative Republicans.

Meanwhile, the delay may already be constraining the city’s economy. Kathryn Wylde, president of the Partnership for New York City, a business group that is also a member of the Coalition for the Northeast Corridor, surveyed 50 CEOs of international companies about their plans for New York.

“Literally all of them identified the capacity and quality and reliability of the transportation system as their number one concern about additional expansion in the New York metro area,” she said.

June 23, 2018 Admin Comments Off on Tariffs on European cars would hurt US auto jobs

Nearly 8,000 people in China apply for one job