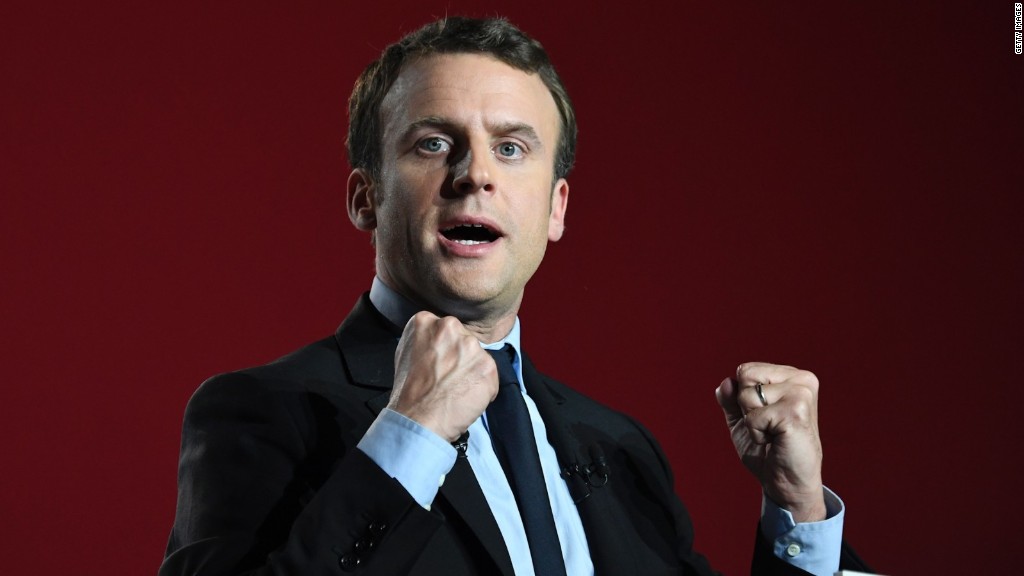 The euro is safe for now.

France has chosen the independent centrist Emmanuel Macron to be its next president, ending a tumultuous campaign that had undermined the euro and raised real doubts over its continued survival.

Macron captured an estimated 65% of the vote on Sunday, easily defeating the far right populist Marine Le Pen, who had campaigned on pulling France out of the euro, and perhaps even the European Union.

The euro has been under threat from rising populism in Europe, where it remains the most visible symbol of the region’s long experiment with economic integration since the end of World War II.

Nationalist and populist parties, emboldened by Britain’s decision last year to leave the EU, have made the case against the currency in the Netherlands, France, Italy and Greece, among others.

Skeptics bristle at the idea that countries as different as Germany, Italy and Greece should use the same currency, while ceding control of interest rates to the European Central Bank. They also argue that the currency has benefited some member nations, notably Germany, while hampering others and driving up unemployment.

Related: They want to kill the euro

The election of President Trump, who campaigned on an anti-globalization platform, further encouraged European politicians who want to ditch their shared currency and bring the lira, peseta and French franc out of retirement.

Late last year, investors were looking anxiously ahead at a series of elections that could have turned the tide.

Since then, a far right candidate who had floated the idea of a referendum on leaving the EU lost a presidential runoff in Austria. Then in March, Dutch Prime Minister Mark Rutte saw off a far right challenge of his own.

Now French voters have removed the last remaining big political risk for the euro this year. And Italy appears to have dodged early elections that could have favored a populist party.

The relief is obvious. The euro is trading at its highest level in six months.

Still, there are reasons to keep the champagne on ice. One third of voters in France preferred Le Pen, the scion of an anti-EU political party that was once on the fringe of French politics.

Macron is also a political outsider who formed his own movement — En Marche! — just over a year ago. The former Rothschild banker had served as French economy minister but had never before held elected office.

The establishment, then, has also been rebuked in France. Candidates representing the parties that dominated the country’s political system for decades did not even make the second round of voting in the presidential election.

Macron will now have to prove that he can tackle France’s economic malaise by boosting growth and employment — and he may have to do that without a big majority in parliament. It holds its own elections next month.

If he can get his reforms through, he’ll be in a stronger position to work with Germany and other countries that use the euro to push forward the region’s recovery.

“By pushing for a stronger EU… and the revival of the Franco-German relationship, Macron should give a new impetus to the eurozone and European integration process,” said Marion Amiot, senior economist at Oxford Economics.

The latest sign of Macron’s commitment? At a victory party late on Sunday night, he walked out to the European anthem “Ode to Joy,” rather than its French equivalent “La Marseillaise.”

Is the U.S. election killing the economy?

September 22, 2016 Admin Comments Off on Is the U.S. election killing the economy?