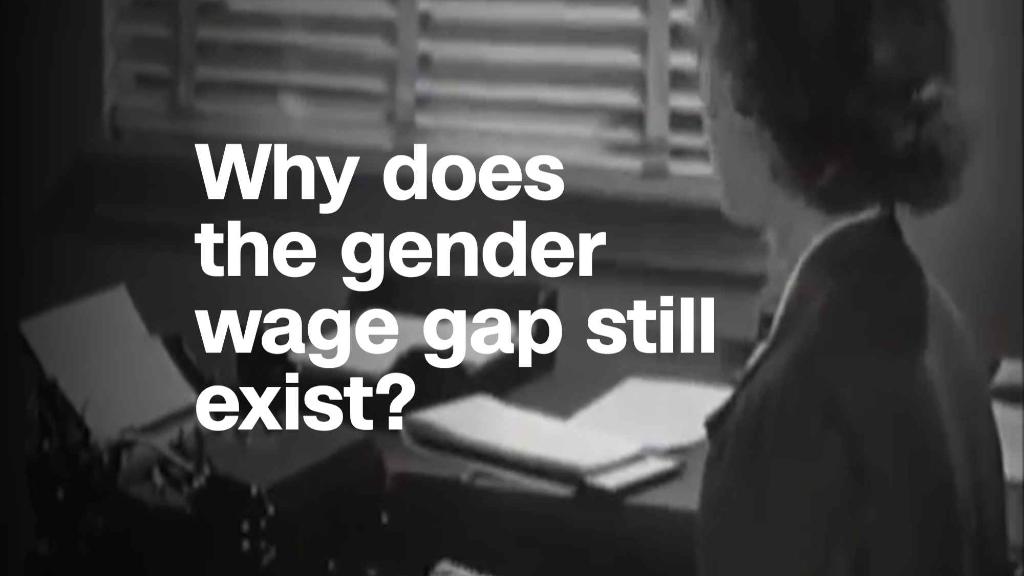 Historically, we think of these as “female” jobs. But that’s not only an assumption — it’s also the actual job market.

“Occupational segregation” is the term academics use to refer to this split, with women historically relegated to lower-paying, “support” jobs (think secretary or office manager) and men taking the higher-paying, “glamour” jobs (think boss, manager, etc.).

Related: Looking back at ‘Lean In,’ five years later

The split starts even earlier than you’d think. We can even see this happening with teenage workers, says Yasemin Besen-Cassino, sociology professor at Montclair State University and author of “The Cost of Being a Girl.”

Besen-Cassino says occupational segregation happens as early as age 14. Boys pick up higher-paying odd jobs like yard work or snow removal, while girls stick to babysitting. In later years, boys tend to move into shift work and minimum-wage jobs earlier than girls do.

Once they’re in service jobs, girls and boys are still relegated to different roles — girls are told they’re good with people, so they’re hired as hostesses at restaurants or as customer-facing positions in retail. These jobs have high “aesthetic labor” requirements — meaning girls could have more negative experiences with customers.

Recent data from LinkedIn shows that over four decades, some of this has changed. Women are slowly infiltrating high-paying, male-dominated fields like science, tech and engineering. Industries like software and IT services, manufacturing and public safety are hiring more women intoleadership roles.

But experts warn that this doesn’t mean the end of occupational segregation.

Women are often still performing “feminine” work within these male-dominated fields, says Nick Eng, senior data scientist for Economic Graph at LinkedIn. Women working in software, for example, may not all be working as engineers. A significant number could be in the public relations or human resources departments.

But there’s a more optimistic view to numbers like this, says Ariane Hegewisch, study director at the Institute for Women’s Policy Research. When introducing potential career paths to young women, highlighting the growth could help contribute to the small shift in occupational segregation. Telling young women that men make up the bulk of the STEM workforce, for example, may dissuade women from entering the field, but pointing out that there’s been growth in female representation could instead motivate them to pursue a career in that industry.

Is this the death of the workplace relationship?

January 10, 2018 Admin Comments Off on Is this the death of the workplace relationship?

5 ways to save money in 20 minutes or less

Credit card signatures are almost a thing of the past

April 14, 2018 Admin Comments Off on Credit card signatures are almost a thing of the past