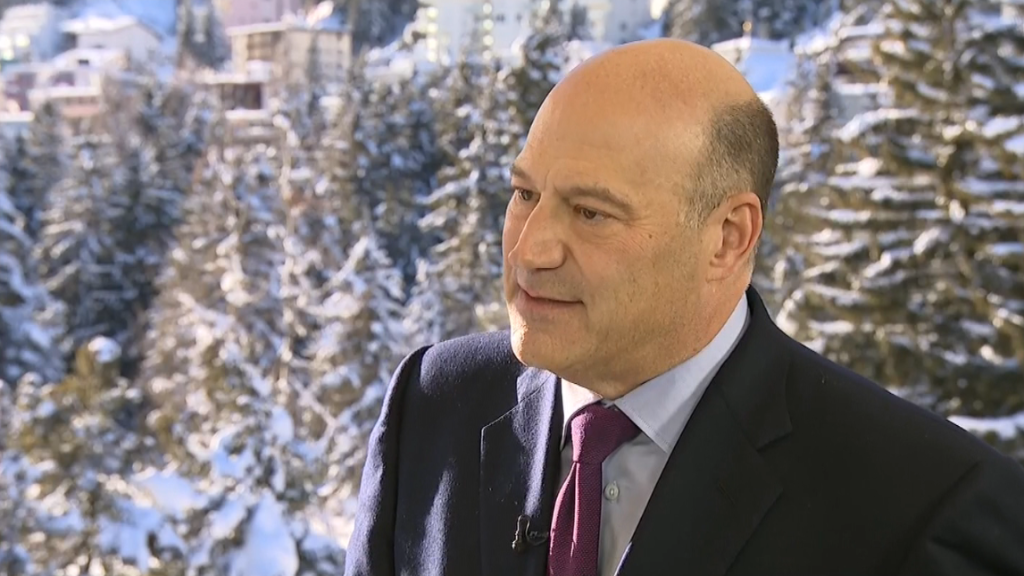 Gary Cohn’s stock is rising in the White House.

The former Wall Street banker became President Trump’s top economic adviser in January and has emerged as one of his most trusted aides.

Cohn is widely expected to lead the administration’s push to roll back Dodd-Frank, the expansive bank regulation law that President Barack Obama signed in 2010.He is a registered Democrat but has also given frequently to Republican political candidates.

Inside a White House plagued by infighting, Cohn is part of a global-minded wing with Trump’s son-in-law, Jared Kushner, against aides who consider themselves nationalists, like Steve Bannon, the former executive chairman of right-wing Breitbart News, and policy adviser Stephen Miller.

At least for the moment, the Cohn wing appears to be ascendant.

Worked for U.S. Steel after college

Cohn grew up in Ohio in a middle-class family. He had dyslexia and struggled in school.

“I bounced around from school to school, because really no one knew what to do with a dyslexic kid” in the 1960s, he said on a Goldman Sachs podcast in December.

But he had a knack for business. Cohn said he helped out at a warehouse for his family’s electrical company and developed an “encyclopedic knowledge” of everything it stocked.

Cohn got a business degree from American University and took a job with U.S. Steel selling home products.

Talked his way into a job on Wall Street

Cohn got his start in finance after talkinghis way into a cab with a Wall Street trader and persuading him to consider him for a job trading options, he recalled in a 2009 commencement speech at American University.

Cohn knew little about the position. So he bought a book about options and spent a weekend reading it over and over.

Goldman Sachs hired him in 1990, and Cohn spent 26 years climbing the company’s ranks. He was known for his markets expertise and was considered the likely heir to the CEO.

Amassed a fortune at Goldman Sachs

Since he became president and chief operating officer of Goldman Sachs in 2006, Cohn has amassed a fortune.

He earned more than $ 130 million in his first three years in the job, a period that included the Great Recession, according to company filings. From 2009 to 2013, he pulled in about $ 60 million.

Since then, his wealth has climbed further. Cohn walked away from the bank in January with a $ 285 million payout — not including the $ 7 million in salary he earned last year.

And Cohn has millions more tied up in other investments. According to filings released by the White House last month, Cohn listed assets worth between $ 252 million and around $ 600 million.

Selling off millions in stock

As a White House employee, Cohn is subject to rules that prohibit him from participating in matters in which he has a financial interest.

He has made plans to sell at least $ 240 million worth of stock to avoid conflicts. The bulk of that comes from his Goldman Sachs(FADXX) investments, according to a document provided to CNNMoney by the Office of Government Ethics.

The document also shows that Cohn owned almost $ 16 million worth of stock in the Industrial and Commercial Bank of China(IDCBF).

Those amounts are based on the value of Cohn’s shares at the time the ethics document was issued March 8. Cohn owned smaller amounts in banks and technology companies like Philip Morris(PM), Bank of America(BAC), Microsoft(MSFT, Tech30), McDonald’s(MCD), Facebook(FB, Tech30) and Twitter(TWTR, Tech30).

The paperwork doesn’t say whether Cohn has sold the investments yet, but he is expected to if he hasn’t already.

Cohn is allowed to defer paying capital gains tax on any sale as long as he puts his money in an investment the government permits, like U.S. Treasuries or a highly diversified mutual fund. It’s an incentive for people who leave high-paying private sector jobs to join public service.

The White House has said Cohn will stay away from policy matters “in which Goldman Sachs is a party or represents a party.” It has not explained how he can work on wide-ranging reform of bank regulations that could affect Goldman.

Wall Street is counting on Trump to roll back Dodd-Frank, the massive regulatory act put in place after the financial crisis that increased oversight of banks and proscribed how they do business.

But Trump has also called for breaking up the big banks — something Cohn has voiced support for. He said recently that he endorses an updated version of Glass-Steagall, the Depression-era law that forced investment banks and commercial banks to separate. It was repealed under President Bill Clinton in 1999.

Cohn said that an updated version of the law could encourage banks to lend more to small and medium-sized companies. He did not elaborate on what a modernized Glass-Steagall would look like.

–CNNMoney’s Donna Borak and Matt Egan contributed to this story.