Personal Finance
August 14, 2018
Posted By: Admin genderneutral, going, push, theirs, Them, they, workplace 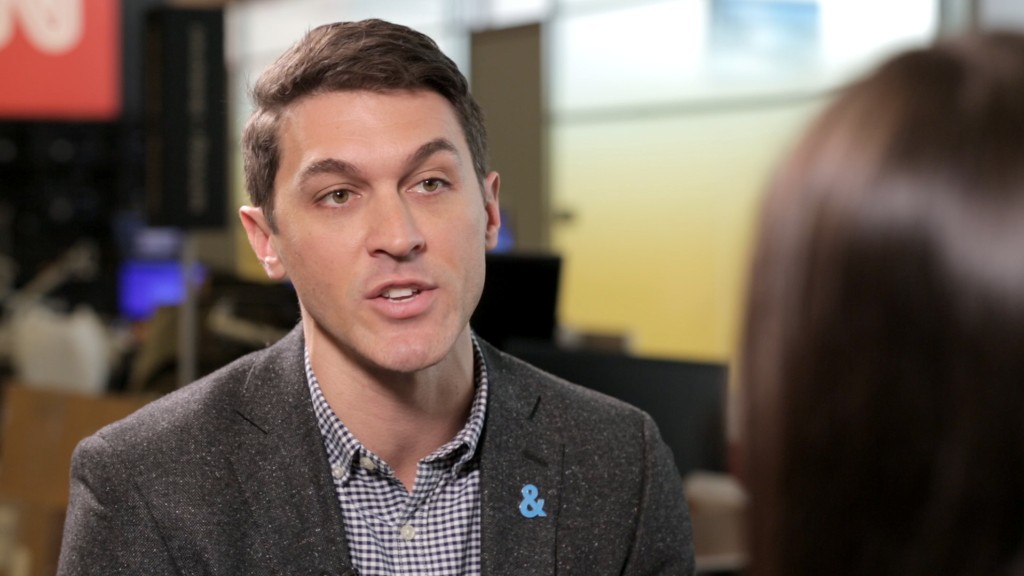 These pronouns are becoming increasingly important in the workplace. Some members of the LGBTQ+ community who identify as non-binary, gender non-conforming or genderqueer prefer “they/them” pronouns to reflect their identity and gender expression, rather than “he/him” or “she/her” pronouns that designate a person as male or female.

“This is emerging territory for workplaces,” says Beck Bailey, deputy director of workplace equality at the Human Rights Campaign. “Non-binary people have always existed, but the idea of openly discussing and making space for welcoming non-binary people is something that’s really happening only the last couple of years.”

And for many workplaces, making space for non-binary people is tricky, because some people may prefer certain pronouns but present themselves in a more masculine or more feminine way (think wearing a tie versus wearing lipstick). Coworkers can misidentify them without even realizing their mistake.

Connor Flan Joel Park, an afterschool leader at the Free Library of Philadelphia, relies on several visual reminders to help colleagues and library patrons. Park wears a variety of buttons on their bag and clothing, including one specifying their pronouns (“they/them”). Their email signature even includes a line about it: “pronouns: they/them.”

“I made it a point to have that conversation about identity, especially working with children like I do,” they say. “The work of inclusion is twice as important when you’re working with families and children. You never know who’s going through that same process of coming out or questioning.”

Masure recommends embracing simple changes. Even something seemingly small — like saying “hey, everyone” instead of “hey, guys” when you enter a meeting — can help make non-binary employees feel less “other.”

“Changing the vocabulary is something that is easy, compared to changing society,” Masure says. “When you start using real, gender-neutral terms, you prompt society to change over time. So ‘hey guys’ is powerful. You might misgender someone who is masculine-presenting, who’s non-binary.”

The power of allies

Masure sees a real role for allies here. While some non-binary people may feel awkward constantly calling out misgendering or reminding people of their correct pronouns, colleagues can do small things to help.

Even people who use “he/she” pronouns can do their part, like calling out whatever pronouns they prefer in LinkedIn profiles or adding them to workplace directories and email signatures.

Masure remembers one story from an Argo Collective workshop: An attendee added his “he/him” pronouns to his LinkedIn profile, just as a sign of solidarity with the non-binary community. After he made the change, a coworker reached out, thanking him for doing so and saying they now felt comfortable talking about their own preferred pronouns — “they/them” — in the workplace.

Several things in Park’s office make them feel comfortable: a gender-neutral bathroom on every floor, for example, and Philadelphia’s strong protections for gender identity. With those kinds of things in place, plus the support of their colleagues, they say they have more emotional bandwidth to be a genderqueer activist in the workplace.

“Working in a public organization with a very robust idea of what diversity means and what inclusion means, I find it a very fulfilling part of my job almost, to be that person for people,” they say. “Hopefully, maybe, if there are eventually enough people working in jobs like mine, maybe that will smooth the way for others.”

While it’s difficult for non-binary folks to always bear the burden of calling out those who disregard these things, Masure points out straight, cis-gender allies can pick up a lot of that work on behalf of their peers. Masure recommends “calling in” as opposed to “calling out” — that’s when they’ll pull aside someone after an incident, and have a one-on-one conversation about what happened.

“Calling in is very, very hard at the beginning. But I always remember the discomfort I have when I talk to someone is way, way smaller than the discomfort of the people who were misgendered,” they say. “And it doesn’t cost me my identity if I’m an ally.”

The crucial role male mentors can play in the #MeToo era

February 16, 2018 Admin Comments Off on The crucial role male mentors can play in the #MeToo era