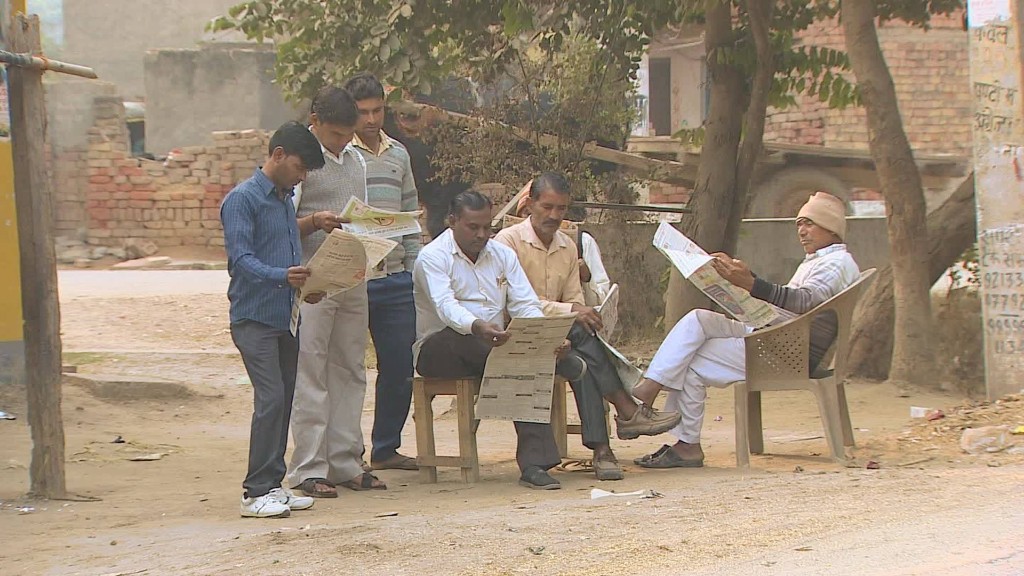 Ask Indian students to name their dream job, and you hear a lot about Google, Apple and Facebook. But many want to work somewhere slightly less flashy: the country’s central bank.

The Reserve Bank of India (RBI) is one of the country’s most desirable employers, according to a new survey from research firm Universum Global.

The central bank ranks third on the list of employers most sought after by business students, behind Google (GOOGL, Tech30) and Apple (AAPL, Tech30) but ahead of Facebook (FB, Tech30), BMW (BAMXY), Microsoft (MSFT, Tech30) and Disney (DIS).

What’s so desirable about the spreadsheets, number crunching and regulatory minutia that are a central bank’s stock in trade?

Graduates are likely attracted to the RBI because of its reputation for getting things done in a country where the entrenched bureaucracy has a well-earned reputation for lethargy and graft.

On jobs site Glassdoor, the central bank earns glowing reviews. “The most inspiring and motivating experience of my life,” reads one review. “At the RBI there are no limits,” says another.

Related: A third of India’s ATMs are broken

The arrival of star central banker Raghuram Rajan in 2013 won’t have hurt either. The University of Chicago professor is best known for predicting the financial crisis several years before it occurred, but he has also earned top marks as head of the RBI.

Related: India’s population explosion will make or break its economy

The silver lining for prospective applicants is that there is higher turnover among those workers.

“A key factor in RBI’s success has been a satisfied staff,” the central bank wrote in its 2015 annual report. “Today, we lose more [employees] than we should be comfortable with.”

Is this the end of investing as we know it?

October 20, 2016 Admin Comments Off on Is this the end of investing as we know it?