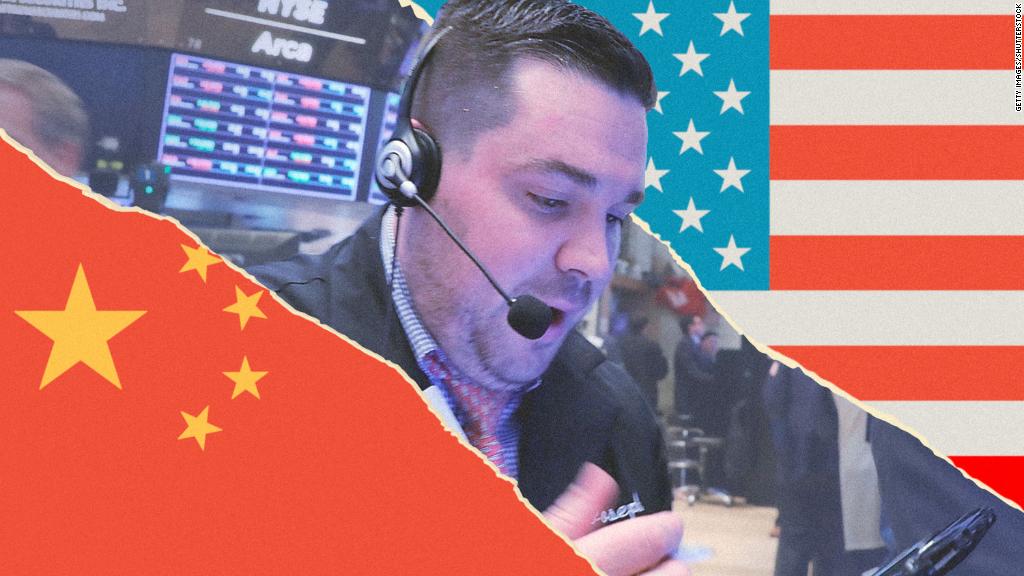 Tech stocks suffered their worst day in more than two months on Monday after reports that President Donald Trump plans to crack down on Chinese investment in major technologies in the United States.

Kelly said that the United States is now working on “trade conflicts on multiple fronts,” and failure to reach resolutions could lead to “constant conflict for potentially years to come.”

Until recently, the tech sector had been mostly spared from the trade worries on Wall Street. The Nasdaq hit a record high as recently as last week.

A person familiar with the plans told CNN on Monday that the measures would include rules that would bar firms with at least 25% Chinese ownership from buying companies involved in technology deemed significant by the White House.

Stocks recovered some of their losses late in the day after White House trade adviser Peter Navarro cast doubt on the reports and called the sell-off an overreaction.

Related: Chinese tech investment is next target in Trump’s crackdown

Still, investors fear that Trump’s showdown on trade with China and other nations could derail the resurgent US economy by denting business confidence.

Bank of America warned in a report on Friday that supply chain disruptions and waning confidence could create a “trade shock” that leads to an “outright recession.” While the firm said the odds of a “full blown trade war” are low, the risks are “rising.”

JPMorgan’s Kelly said he’s not worried about a recession this year. However, he said “we do know if you add uncertainty to the environment, it will slow the economy.”

Harley-Davidson (HOG) provided concrete evidence of the fallout from Trump’s trade agenda. The motorcycle maker told shareholders it could lose as much as $ 100 million a year because of retaliatory tariffs from the European Union.

The Dow’s losses put it close to correction territory, a 10% decline from previous highs. The Dow fell into correction once earlier this year.

— CNN’s Jethro Mullen and Kevin Liptak contributed to this report.

February 1, 2018 Admin Comments Off on The debt ceiling “X date” just moved up

As the Olympics end, South Korea asks: Was the cost worth it?

February 25, 2018 Admin Comments Off on As the Olympics end, South Korea asks: Was the cost worth it?