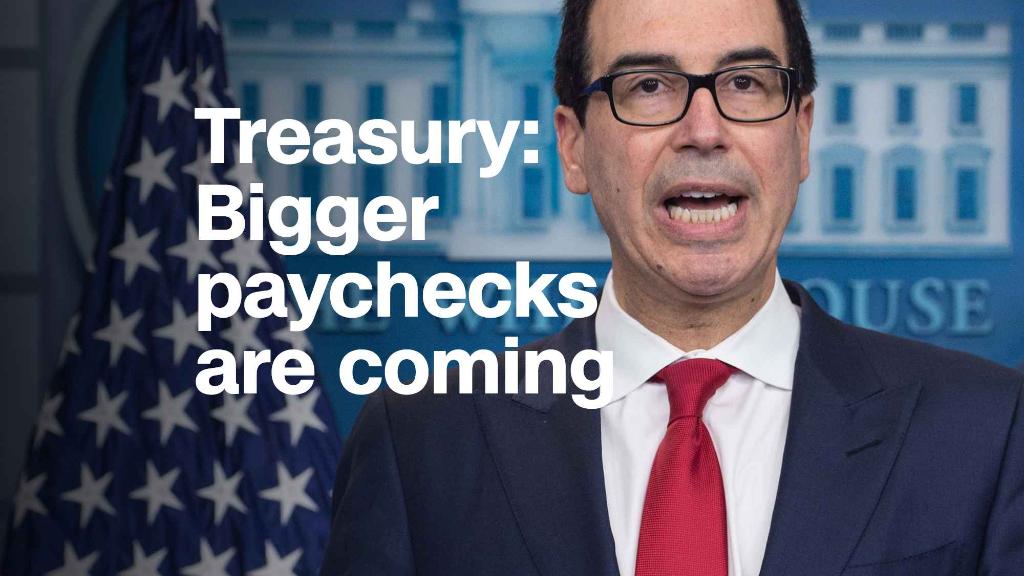 It would be music to Americans’ ears: We get paid more, but prices don’t go up as much. (Hello Yankees season tickets!)

Treasury Secretary Steven Mnuchin said Thursday that ideal situation could be on the horizon.

“You can have wage inflation and not necessarily have inflation concerns in general,” Mnuchin told Bloomberg.

We posed the question to a few economists: Can wages go up in a meaningful way without causing inflation to go up too?

Short answer: Mnuchin is right in a perfect world. But in the current reality, wages and prices are going up together.

Another response: “This might be the oddest statement from a US Treasury Secretary that anyone has observed in recent memory,” says Joseph Brusuelas, chief economist RSM US, an accounting and consulting firm.

In the 10 largest US metro areas, there is a strong correlation between wage growth and inflation, according to data compiled by Glassdoor, a job-search site.

The new GOP tax cuts offer a key benefit to companies: If you buy new equipment or technology, you can deduct it from your taxes. The investments — known as capital expenditures — can help make workers more productive.

When workers’ productivity rises, wages go up too. For the last several years, productivity has been rising at an anemic pace. It’s been dogged by a litany of factors, from a job skills mismatch to poor infrastructure to a lack of innovation.

So, if a lot of companies use the new tax deduction to invest significantly in new equipment, offices and the like, productivity and wages could get a boost while inflation would remain flat.

This scenario assumes everything in the years ahead stays steady: Low unemployment, strong job growth, no recession, etc. But the economy tends to move up and down like ocean waves, it’s not consistently flat like a lake.

We’ve been riding one slowly rising wave the last eight years. Eventually — nobody knows when — this wave will go down.

Why real life can’t be perfect

Mnuchin’s argument hinges on businesses investing in their equipment, technology and facilities.

“I’d argue that the corporate tax cuts will mostly boost dividends rather than investment,” says Paul Ashworth, chief US economist at Capital Economics, a research firm.

Surveys support Ashworth’s point. Only 14% of CEOs said in December that they would make immediate, capital investments stemming from the tax cuts, according to a Yale survey.

But even if lots of companies make major investments, other experts aren’t convinced productivity will shoot up. For that to happen, workers would need to improve their job skills. Plus a major innovation that will boost productivity — like the internet or faster trains and planes — isn’t on the horizon.

“I suspect most economists are skeptical that productivity growth is about to show a metamorphosis and surge,” says Jim O’Sullivan, chief US economist at High Frequency Economics, a research firm. “Most would expect some acceleration in inflation as well if wages pick up significantly.”