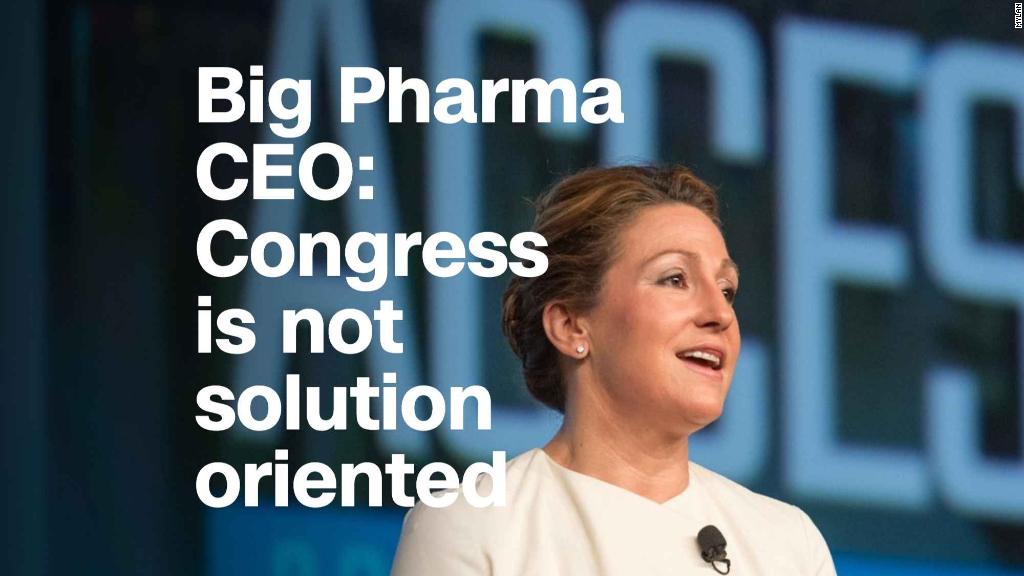 Mylan CEO: Congress is too partisan to fix health care

Americans are very divided over the Affordable Care Act, but one piece that many support is the law’s protections for those with pre-existing conditions.

The Trump administration, however, is seeking to gut two core provisions that guarantee that these folks can get health insurance and that they won’t have to pay more for it.

In a legal filing Thursday night, the Department of Justice said that key parts of Obamacare should be invalidated and that the individual mandate is unconstitutional. The filing is part of a lawsuit brought by the state of Texas and a coalition of other Republican-led states that are challenging Obamacare’s constitutionally. The states argue that after Congress eliminated the penalty for the individual mandate, effective in 2019, as part of last year’s tax reform bill, it destabilized other sections of the law.

Attorney General Jeff Sessions highlighted the two provisions in a letter to House Speaker Paul Ryan. The first, known as guaranteed issue, requires insurers to offer coverage to everyone regardless of their health background. The second, called community rating, prevents carriers from charging more to those who are sick or had conditions in the past.

These sections of the law, along with the mandate that insurers provide comprehensive coverage, are the bedrock of Obamacare’s protections for those with pre-existing conditions. Previously, insurers could deny or restrict applicants’ coverage based on their medical history, or carriers could charge higher premiums or offer only skimpy benefits to those who are or were sick. However, these practices also allowed insurers to keep rates lower for those who are young and healthy.

These consumer protections proved enormously popular with Americans and are among the reasons why efforts to repeal Obamacare in Congress failed last year. Republicans’ attempts to lower premiums by slicing into these provisions sparked tremendous backlash from many quarters.

Some 70% of folks said the federal government should continue prohibiting insurers from charging more to those with pre-existing conditions, according to a Kaiser Family Foundation poll from June 2017.

That’s not so surprising considering more than 52 million non-elderly Americans have health conditions that could have rendered them uninsurable prior to Obamacare, a Kaiser Family Foundation analysis found.

Many advocates spoke out against the Trump administration’s stance on the law’s consumer protections.

“The decision by the Department of Justice to abandon critical patient protections is devastating for the millions of Americans who suffer from serious illnesses or have preexisting conditions and rely on those protections under current law to obtain life-saving health care,” wrote a coalition of patient advocacy groups, including the American Cancer Society and the American Heart Association. “Without access to comprehensive coverage patients will be forced to delay, skip or forgo care. This was often the case before the law took effect and would likely be the same should these essential protections be eliminated.”

Insurers, meanwhile, warned that the administration’s actions could rock the individual market and could lead to higher premiums, especially for those battling illnesses.

“Removing those provisions will result in renewed uncertainty in the individual market, create a patchwork of requirements in the states, cause rates to go even higher for older Americans and sicker patients, and make it challenging to introduce products and rates for 2019,” said America’s Health Insurance Plans, one of the industry’s main lobbying groups.

This is not the first move the Trump administration has taken that would undermine Obamacare’s consumer protections.

Related: Trump officials unveil rule that could chip away at Obamacare

The president last year issued an executive order directing federal agencies to make it easier to buy two alternatives to Affordable Care Act plans. One would allow small businesses to band together to buy coverage through association health plans, while the other would let Americans buy short-term coverage that would last less than a year, rather than the current 90-day limit.

Both of these types of policies are expected to have lower premiums, but would cover fewer benefits — making them more attractive to healthier Americans who don’t need comprehensive coverage.

CEO who voted for Trump likes what he sees so far

December 17, 2016 Admin Comments Off on CEO who voted for Trump likes what he sees so far

Some people already get food in a box from the government

February 17, 2018 Admin Comments Off on Some people already get food in a box from the government