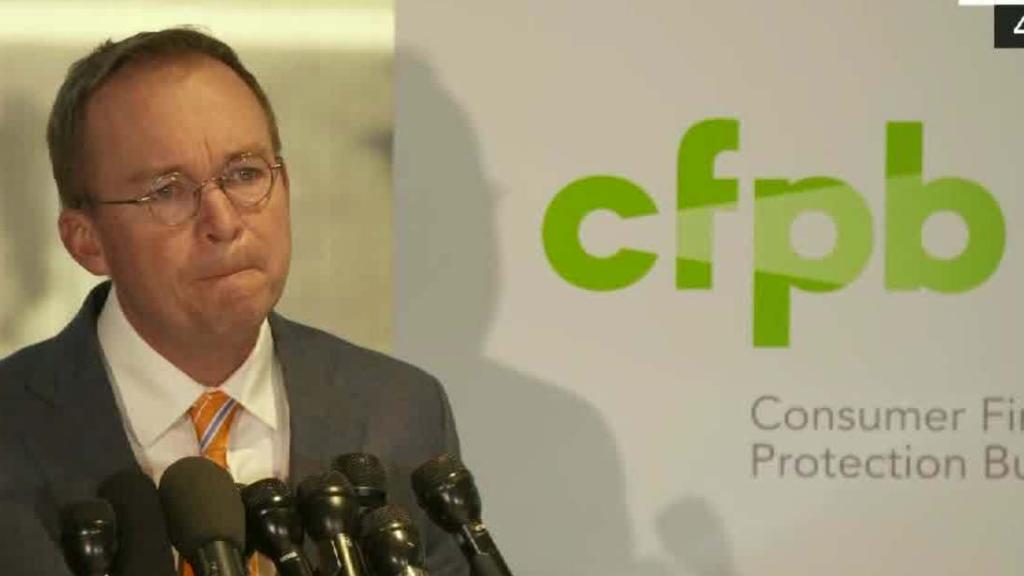 The Trump administration has requested zero funding for the Consumer Financial Protection Bureau, the latest sign change may be coming to the agency.

The agency, which protects American consumers from predatory lenders and bullying debt collectors, each quarter requests money from the Federal Reserve to fund its operations.

Former director Richard Cordray, an Obama appointee, requested $ 217.1 million last year. He also asked for $ 86.6 million for the prior quarter.

Related: Next up: Big fight over Dodd-Frank rollback

In a letter to Fed Chairwoman Janet Yellen on Thursday, interim Director Mick Mulvaney said the bureau already has $ 177.1 million in its coffers — more than enough funds to cover the $ 145 million the CFPB’s expenses for the second fiscal quarter.

“Simply put, I have been assured that the funds currently in the bureau fund are sufficient for the bureau to carry out its statutory mandates for the next fiscal quarter while striving to be efficient, effective and accountable,” Mulvaney wrote in the letter.

And while Cordray may have kept a “reserve fund” in case of emergencies, Mulvaney said he didn’t see a reason for it since the Fed has regularly supplied the money the agency needs. He also questioned whether the the law even allows the CFPB to maintain such a reserve fund.

Instead, Mulvaney, who is also Trump’s budget director, said the Fed could use that money to help pay down the country’s deficit.

“While this approximately $ 145 million may not make much of a dent in the deficit, the men and women at the bureau are proud to do their part to be responsible stewards of taxpayer dollars,” Mulvaney wrote.

Consumer advocates saw the funding request — or lack there of — as yet another step taken by Mulvaney to undermine the agency.

Karl Frisch, executive director of consumer watchdog organization Allied Progress, said the budget request “can be no clearer signal” of Mulvaney’s aim to “defang and dismantle” the bureau.

The CFPB’s budget request also comes as lawmakers are wrestling with how to fund the government.

On Wednesday, forty Democrats — led by Senators Jeff Merkley, Sherrod Brown and Elizabeth Warren — sent a letter to Senate leaders to reject any government funding deals that would subject the CFPB’s funding to political interference.

The senators wrote the agency’s efforts have already been “undermined” with the appointment of Mulvaney as the interim director given his current role as Office and Management Budget director.

“Altering the funding stream of the Consumer Financial Protection Bureau would further jeopardize the agency and its ability to conduct independent investigations into financial wrongdoing,” they wrote.

Related: CFPB says it will reconsider its rule on payday lending

Earlier this week, the bureau said it would reconsider rules to protect consumers from payday-lending traps. It also launched a formal review of how the agency investigates and enforces rules on big banks and predatory lenders.

A top White House official on Wednesday defended early steps taken by Mulvaney at the consumer agency, arguing the Trump administration isn’t looking to dismantle the agency. Instead, it would be taking a closer to make sure the agency was complying with the law.