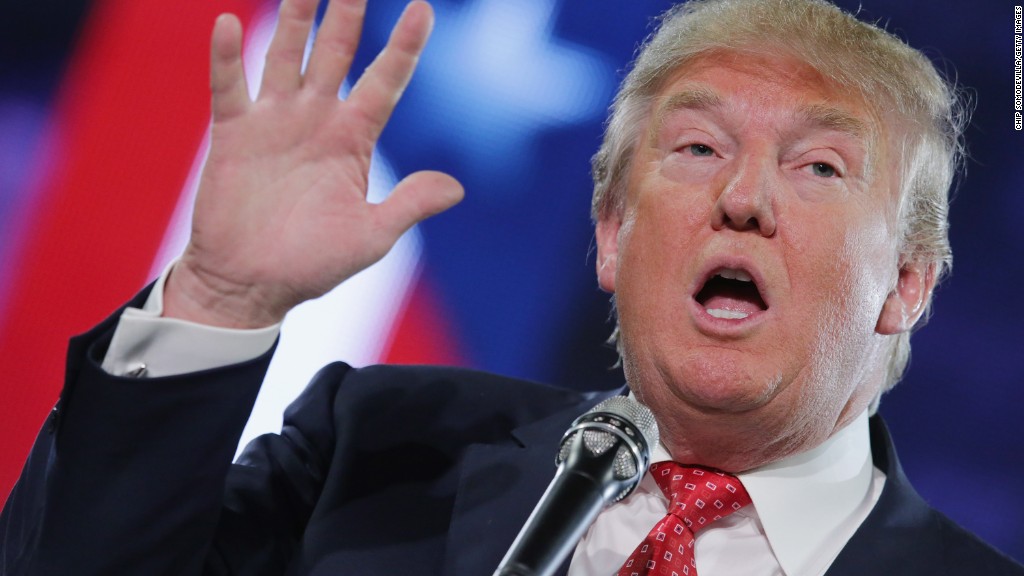 This Trump business failed in less than 2 years

In 2006, there were already warning signs that the housing market was in trouble.

But that didn’t deter Donald Trump from getting into the mortgage business.

But the company didn’t last long.

Now, Trump, who frequently touts his business acumen on the campaign trail, is catching some flak for the failed venture.

Here’s what you need to know:

Though the bursting of the housing bubble wasn’t completely apparent yet, home prices were starting to fall in early 2006.

In 2007, the bottom fell out when home owners started defaulting on shoddy loans and real estate prices came crashing down. Foreclosures spiked, mortgage lenders and banks crumbled and lending dried up. Not an easy environment for a new mortgage business to break into.

The company described itself as the “strongest and safest residential and commercial mortgage company in the industry,” on an archived version of its website.

Despite the warning signs, Trump was still upbeat about the real estate market.

During an April 2006 interview on CNBC, Trump said he thought it was “a great time to start a mortgage company,” according to a transcript of the interview.

“I’ve been hearing about this bubble for so many years from you and everybody else in your world, but I haven’t seen it. I will let you know when I see it.”

He also said during the interview that the company was “swamped” with customers seeking out financing and that “the real estate market is going to be very strong for a long time to come.”

Trump Mortgage launched as a mortgage broker, which means it helped facilitate loans between borrowers and lenders, but didn’t actually lend any money to homebuyers.

But that could’ve been the next step. The Wall Street Journal reported that Trump was considering starting a mortgage bank.

Job postings on an archived TrumpMortgage.com page showed the company was looking to hire a mortgage originator and a loan processor. Both positions required knowledge of different loan types, including subprime and government-backed loans.

4. The CEO’s qualifications raised some eyebrows

E.J. Ridings was tapped to run Trump Mortgage, but his business credentials raised some red flags.

A 2006 report by Money Magazine claimed Ridings made “false or misleading claims” about his professional background. The article called into question his claims of being a top Wall Street executive and his experience in the mortgage world.

5. The plan was to educate consumers

The company claimed to be all about transparency and aimed to educate borrowers to help them understand their loan options.

The company’s mission said that “trust” is an important part of the process.

“The Trump Mortgage Team is dedicated to making sure that every loan, every client, receives nothing less than the full Trump experience — integrity, honesty, safety, guidance and exceptional personal service,” the website read.

Trump Mortgage closed in 2007, less than two years after it opened.

News reports cited that the company failed to hit financial targets, and Trump placed some of the blame on his executives.

Trump distanced himself from the company, reportedly saying he didn’t want to get overly involved in the mortgage business.

In April 2006, Trump took the stage at the company’s press launch at Trump Towers. He said the company was going to be very successful, according to the New York Times.

“[That] was a tiny deal that Mr. Trump looked at, but never ultimately moved forward with because Mr. Trump decided he didn’t want to be in this business foreseeing the market crash,” Trump campaign spokeswoman Hope Hicks told CNNMoney via email.

When asked for further clarification, Hicks repeated that the company was “just a look.”

“Mr. Trump has over 500 companies. This was just a look, but he decided he didn’t like the market.”

Why Millennials should be really worried about the Equifax breach

September 16, 2017 Admin Comments Off on Why Millennials should be really worried about the Equifax breach

How to talk about sexual harassment with colleagues

November 7, 2017 Admin Comments Off on How to talk about sexual harassment with colleagues