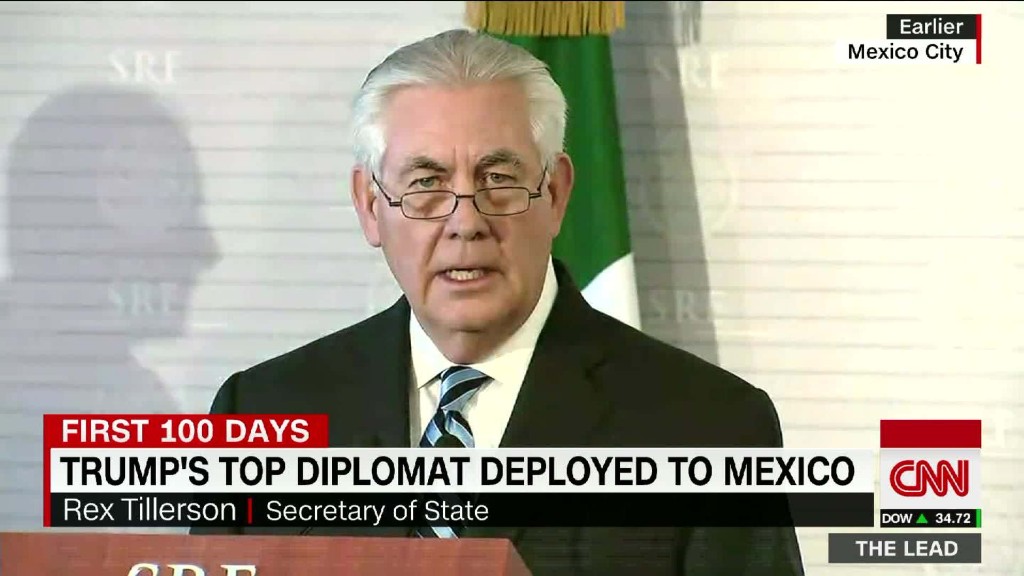 “With Mexico we have $ 70 billion in deficit. … It’s unsustainable. … We’re not going to let it happen, can’t let it happen,” Trump said.

“This dynamic trade relationship has also helped create millions of jobs on both sides of the border,” Kelly said, during a visit with Mexico’s president, foreign minister and other leaders. “The relationship between the United States and Mexico is among, I believe, the most critical in the world.”

Kelly added that every day about $ 1.5 billion in trade crosses between the United States and Mexico.

Related: Mexican senator ready to hit Trump where it would hurt: Corn

Kelly is correct. According to several studies, millions of U.S. jobs are supported by trade with Mexico, as are millions of jobs in Mexico. Figures on the U.S. side vary between roughly 5 million and 6 million jobs.

But Trump is right that the U.S. has lost some jobs to Mexico. Robert Scott, an economist at the Economic Policy Institute, estimates the U.S. lost roughly 800,000 jobs to Mexico between 1997 and 2013.

Trump blames NAFTA, the free trade deal with Canada and Mexico, for a flood of jobs to Mexico. However, a 2015 congressional nonpartisan study concluded that it was not responsible for an exodus of jobs to Mexico.

June 22, 2016 Admin Comments Off on Voters trust Trump over Clinton on economy

Obama wants you to know Obamacare open enrollment has begun

November 2, 2017 Admin Comments Off on Obama wants you to know Obamacare open enrollment has begun