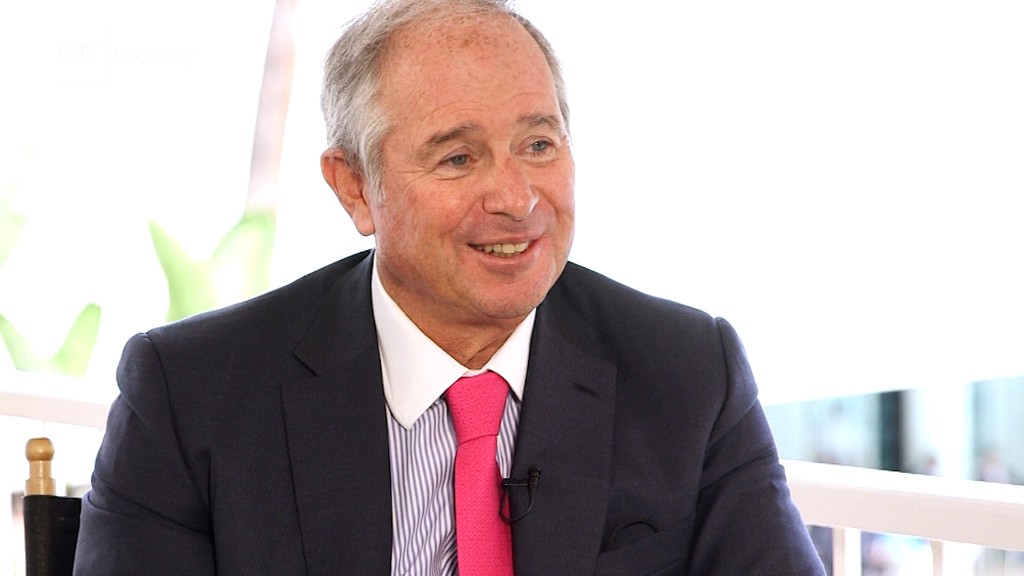 Ross said Thursday that the Commerce Department plans to launch an investigation into whether or not foreign steel companies, particularly those from China, are dumping steel on the U.S. market.

Ross argued that China is not acting in good faith to cut back on exports.

He said in a press conference that steel imports “have continued to rise, and they’ve continued to rise despite repeated Chinese claims that they were going to reduce their steel capacity when instead they have actually been increasing it consistently.”

Ross noted that steel imports are up nearly 20% so far this year and that foreign steel now makes up more than a quarter of the entire U.S. market. He said that has had “a very serious impact” on the domestic steel industry and that it could impinge on “our economic and national defense security.”

Shares of many American steel companies, including U.S. Steel(X), Nucor(NUE), Cliffs Natural Resources(CLF), AK Steel(AKS) and Steel Dynamics(STLD) all soared on the news, with some of the steel stocks climbing nearly 10%.

Related: Is Trump fixating on jobs he can’t bring back?

The broader market was in rally mode too, thanks in large part to comments from Treasury Secretary Steven Mnuchin about the possibility of a tax reform plan being announced soon. The Dow surged nearly 200 points.

Ross told reporters that no firm decisions had been made yet about what the U.S. will do to try and make American steel more competitive.

But he did not rule out the possibility of tariffs, saying that the plan likely “won’t be to prohibit foreign imports, it just will be to change the price.”

Any moves by the Trump administration would be another example of the president’s desire to protect old school, blue collar U.S. industries, many of which have been laying off workers due to a combination of the effects of automation and globalization.

Trump has also pledged to try and help workers in hard hit sectors such as oil and coal mining.

Whether or not tariffs or other protectionist measures will actually boost any of these industries remains to be seen. But steel companies were quick to applaud the president.

U.S. Steel said in a statement that it is “pleased” that the president is launching a national security investigation into steel dumping.

“For too long, China and other nations have been conducting economic warfare against the American steel industry by subsidizing their steel industries, distorting global markets, and dumping excess steel into the United States” the company said.

U.S. Steel added that “tens of thousands of workers in the American steel industry, the industry’s supply chain and the communities in which our industry operates have lost their jobs due to unfair and illegal practices by foreign producers.”

And AK Steel CEO Roger Newport said in a statement that “we are hopeful that this action on behalf of our Administration will help us and other steel producers in America compete on an even playing field in all of our markets.”

Newport, U.S. Steel chief Mario Longhi and several other steel CEOs met with Trump at the White House on Thursday to discuss the state of the industry and the administration’s plans to crack down on steel dumping.

Trump and Ross need to tread cautiously though. If the U.S. clamps down too aggressively on Chinese steel, China could retaliate by slapping tariffs on American-made cars, electronics and other consumer goods.

China also owns more than $ 1 trillion worth of U.S. government bonds. China has been steadily trimming its Treasury holdings in recent months. If China ramps up the pace of its sales, that could send long-term bond yields sharply higher –something Trump would not want to see as he tries to stimulate the U.S. economy.

But Trump seems to recognize the need to be careful with China. He has already backed off his campaign pledge to label China a currency manipulator in his first few days in office for example.

One idea to stop Venezuela's downward spiral: Switch to the US dollar

March 14, 2018 Admin Comments Off on One idea to stop Venezuela's downward spiral: Switch to the US dollar

Goldman Sachs warns markets haven't been this pricey since 1900

November 30, 2017 Admin Comments Off on Goldman Sachs warns markets haven't been this pricey since 1900