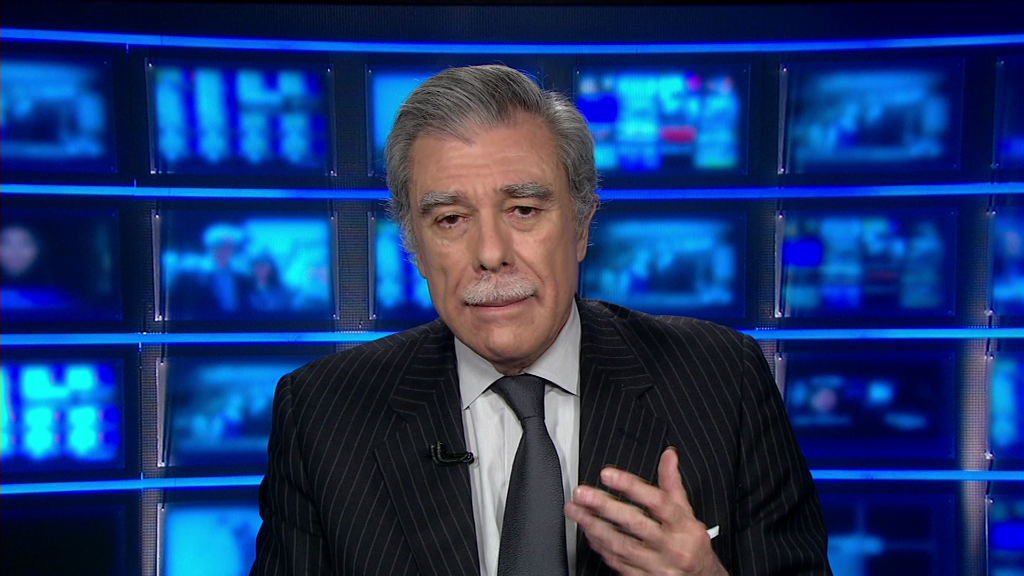 Former commerce secretary on tariffs: There will be retaliation

President Trump prides himself on being a business-friendly leader.

“We are freeing our businesses and workers so they can thrive and flourish as never before,” Trump told corporate titans at the World Economic Forum in Davos, Switzerland, in January.

But for the CEO president, the reality is much more complicated.

Yes, Trump enacted major tax cuts for businesses and has begun to tear down regulations. Those moves have been cheered by Corporate America — and, of course, the stock market.

Yet Trump is now planning to impose aluminum and steel tariffs that businesses have warned are a terrible idea. Even The Wall Street Journal editorial page condemned Trump’s tariff plan as the “biggest policy blunder of his presidency.”

Trump’s tweets sound like he’s itching for a trade war, an outcome that would scare any CEO.

It’s not just tariffs. Trump has repeatedly taken positions that put him at odds with business, including on immigration reform, DACA, the Trans-Pacific Partnership, NAFTA, the Paris climate accord and race.

That’s not to mention Trump’s attacks on executives like Merck(MRK) CEO Ken Frazier and American corporate icons like Apple(AAPL) and Ford.

Trump’s tax cuts and deregulatory agenda may have been a boon to business. But on so many other issues, he is hardly business-friendly.

Trump’s tariff plans caught Wall Street off guard and started a sell-off. He announced them without warning at ahastily arranged meeting with executives, providing a fresh reminder of the unpredictability corporate leaders must grapple with in the Trump era.

Trump’s plan for a 25% tariff on imported steel and 10% on foreign aluminum raised fears of retaliation that could devolve into a trade war.

While American steel and aluminum executives cheered the idea, it was roundly criticized by trade groups and even some of the president’s allies.

Larry Kudlow, Art Laffer and Stephen Moore, three conservative economists who advised Trump during the campaign, warned in a CNBC op-ed that “steel and aluminum users and consumers will lose.” They blasted Trump’s tariffs a “regressive tax on low-income families” and called the plan a “crisis of logic.”

Even Hershey(HSY), which uses aluminum in the foil for its chocolate Kisses, warned of a “negative impact on the entire U.S. economy.”

Related: What Corporate America is saying about Trump’s tariffs

One of Trump’s first acts as president was to kill the Trans-Pacific Partnership, a would-be12-nation trade deal that had the strong support of the Chamber of Commerce, a vocal representative of business interests.

Trump has repeatedly threatened to withdraw the United States from NAFTA, a trade alliance with Canada and Mexico that is firmly embedded within the economy and supply chains. The Chamber of Commerce estimates that NAFTA supports about 14 million American jobs. Trump’s tariffs on aluminum and steel could hinder already fragile talks to renegotiate NAFTA.

Dreamers and the travel ban

Business leaders including the CEOs of Amazon(AMZN), Apple, Wells Fargo(WFC) and Best Buy(BBY) have urged Trump and Congress to protect their employees who are Dreamers.

Yet Trump decided in September to end the Deferred Action for Childhood Arrivals program, whichprevents Dreamers from being deported. Trump punted to Congress, giving lawmakers six months to reach a solution.

Trump’s six-month deadline came on Monday, but court rulings against the administration effectively rendered that deadline meaningless. Still, millions of Dreamers remain in limbo as Congress debates the issue.

FWD.us, an immigration advocacy organization, argues that Dreamers are part of America’s “global competitive advantage” that allows the economy to grow and create jobs. The group has said that the U.S. economy could lose $ 460 billion if DACA is not resolved.

Recall that Trump’s travel bans early in 2017 were criticized by a broad range of business leaders that included the CEOs of JPMorgan, Amazon, Ford(F) and General Electric(GE).

Corporate America has long pushed for comprehensive immigration reform, an outcome that looks unlikely under Trump.

Over the objections of hundreds of major American businesses, Trump announced plans last year to yank the United States from the Paris climate accord. The deal had the backing of companies from ExxonMobil(XOM) to Starbucks(SBUX) and Nike(NKE).

The Paris decision prompted a rebuke from Goldman Sachs(GS) boss Lloyd Blankfein, who sent his first tweet to slam it as a “setback” for American leadership. Elon Musk and Robert Iger, the leaders of Tesla(TSLA) and Disney(DIS), immediately quit Trump’s CEO councils.

Trump’s ties with Corporate America frayed further last summer after he insisted that both sides were to blame for violence at a white nationalist rally in Charlottesville, Virginia.

Executives scrambled to cut ties with Trump, and the two CEO councils disbanded.

Trump responded to the exodus by lashing out at Frazier, the Merck CEO and one of America’s most prominent black CEOs. Trump wrote on Twitter that Frazier’s resignation would give Frazier “more time to LOWER RIPOFF DRUG PRICES!”

Before and after the election, Trump has unleashed his Twitter cannon on major businesses based in the United States.

Last year he warned General Motors(GM) to make its Chevy Cruze in the United States or face a heavy tax. During the campaign he repeatedly accused Ford(F) of shipping jobs from Michigan to Mexico — claims that Ford has said were wrong.

Trump also took aim at Boeing for “out of control” costs for Air Force One. At one point in early 2016 Trump even called for a boycott of Apple unless the company helped the FBI break into the iPhone of a San Bernardino shooter.

Trump’s standoffs with business typically have had little impact on the stock market. Until now. The steel and aluminum tariffs clearly spooked Wall Street last week.

Corporate America is hoping this negative reaction in the stock market — Trump’s favorite barometer of success — will force him to back down.

Is Le Pen going soft on threat to quit the euro?

May 1, 2017 Admin Comments Off on Is Le Pen going soft on threat to quit the euro?

July 27, 2018 Admin Comments Off on European carmakers win big as US backs off tariff threat

December 14, 2016 Admin Comments Off on This is why Obamacare matters, Democrats say