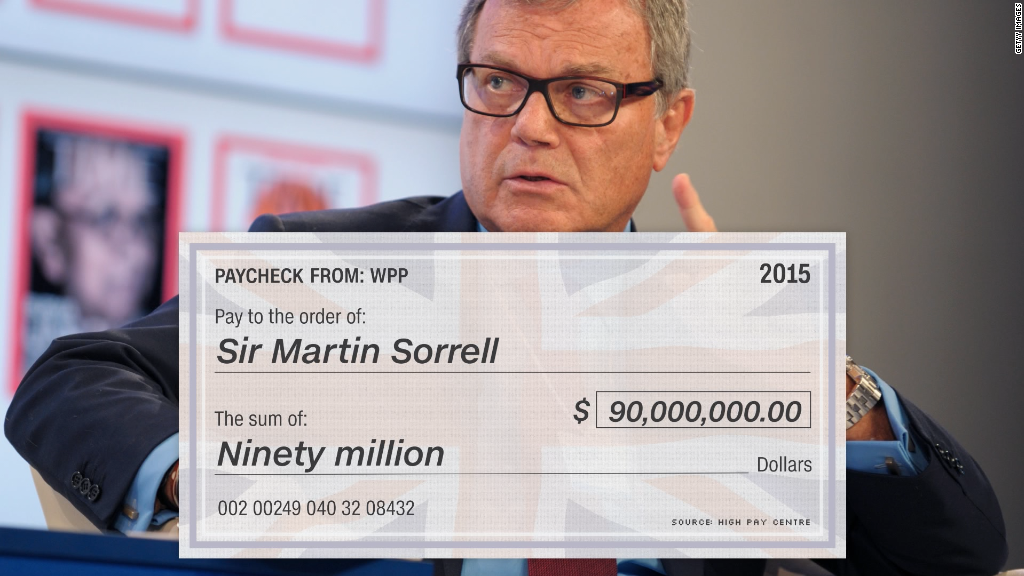 CEO pay is rising around the world

The U.K. government has outlined plans to crack down on mega CEO salaries by giving shareholders and workers more control over compensation paid to top executives.

Prime Minister Theresa May is considering rules that would require companies to report CEO-to-worker pay ratios. The government is also looking at rules that would give shareholders the ability to veto executive pay packages.

The recommendations are not binding, but they are intended to spark public discussion before the legislative process begins.

The focus on executive pay comes as the pay gap between between British workers and their bosses continues to grow.

The CEOs of big British companies were paid 131 times the wage of their average employee in the most recent financial year, according a report by the High Pay Centre. That’s up from a ratio of 47 times in 1998.

Meanwhile, the pay of CEOs at the top firms on the London Stock Exchange has quadrupled to an average of £4.3 million ($ 5.4 million) in less than 20 years. The increase far outstrips the modest growth in worker pay.

May promised in July that she would get tough on “irresponsible” big business. But her move to put a lid on executive pay is not without its critics.

“I completely agree with the government’s aim, which is to get pay to be fairer and more equal. But I have significant concerns for how they’re hoping to achieve this aim,” said Alex Edmans, a finance professor at the London Business School.

Edmans said he was concerned that requiring companies to report their CEO-to-worker pay ratio could encourage top execs to pay their workers more, but overlook other important issues related to worker benefits and flexible working hours.

“The only thing you’re incentivized to give to employees is salary and nothing else,” he said.

The British public shocked the world by voting in June to leave the European Union.

May said the referendum was proof that voters don’t want an economy that works for only a privileged few.

New job not working out? Your employer may pay you to leave

September 8, 2018 Admin Comments Off on New job not working out? Your employer may pay you to leave