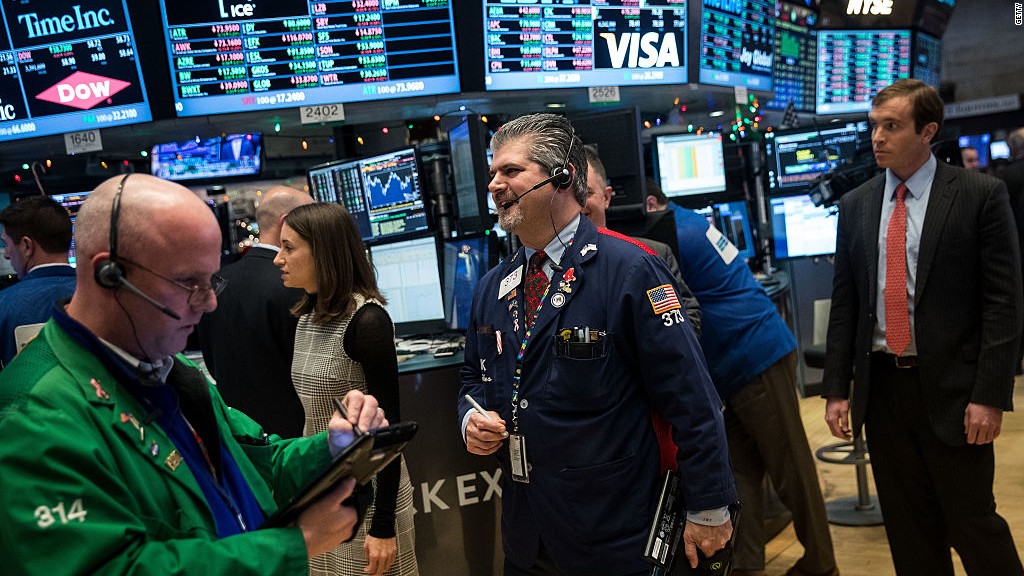 How’s the economy doing? The answer may depend on who you voted for.

At first glance, Americans appear to have gained significant confidence since the conclusion of the deeply-polarizing election of Donald Trump.

The University of Michigan said on Friday that its index of consumer sentiment was higher during the past three months than at any time since March 2004. Trump has been quick to take credit for the confidence boost, tweeting about it late last year before he even took office.

But those headline numbers mask a stark divide among Americans based on party affiliation.

The recent bump in consumer sentiment is the result of an “unprecedented partisan divergence,” according to Richard Curtin, the chief economist of the University of Michigan survey.

In reality, economists don’t think the U.S. economy will either contract or boom in the near future. Much depends on the fate of Trump’s agenda of massive tax cuts, infrastructure spending and deregulation.

“The political battles of 2016 are over, but the fog lingers,” David Kelly, chief global strategist at JPMorgan Funds, told CNNMoney.

“That fog is obscuring the reality, which is neither as positive nor as negative as some have made it out to be,” he said.

Related: Trump vs. Trump: Who to believe on global economy?

Of course, this isn’t the first time that feelings about the American economy have been influenced by politics.

Just a few months ago Republicans were pessimistic amid concerns about former President Obama’s policies and the likelihood that Hillary Clinton would continue them.

But the University of Michigan survey shows that this gap has not only reversed, it’s widened significantly.

Republicans are very optimistic about the future, registering a 120.1 reading on an expectations gauge, while Democrats come in at just 55.5.

The key to the overall increase in sentiment is that self-identified independents are mostly hopeful, with a score of 89.2.

Curtin said independents are “much closer to the optimism of the Republicans than the pessimism of the Democrats.”

Kelly points the finger at the bitter political debate of the past few years.

“The public is very confused about where the economy is. They’ve also been told not to believe the numbers the government is putting out, which is adding to the confusion,” said Kelly.

As a candidate, Trump called America’s 5% unemployment rate a “joke” and a “hoax.” During his confirmation hearing, Treasury Secretary Steven Mnuchin also said the “unemployment rate is not real.”

On the left, Bernie Sanders often pointed during the campaign to the “real” unemployment rate, referring to the so-called U6 rate that includes part-time workers who want full-time work.

And then there’s the online echo chamber that allows people to read only what they want to read about the economy.

“People don’t tend to read newspapers; they get information that is highly partisan from both sides of the Internet. So the public is far worse informed about the economy than previous decades,” Kelly said.

At the end of the day, what really matters for the economy going forward is whether the boost to overall consumer confidence leads to more people opening up their wallets and spending.

It's been forever since stocks took a tumble

January 12, 2018 Admin Comments Off on It's been forever since stocks took a tumble

May 15, 2018 Admin Comments Off on States can legalize sports betting. That's good news for casinos