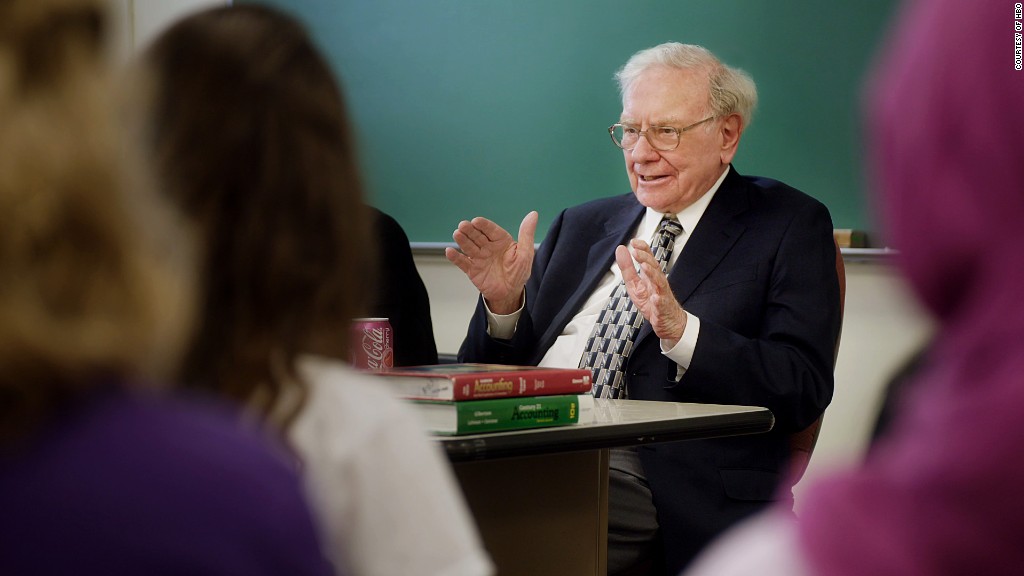 Warren Buffett gave his annual shout-out to America on Saturday, extolling capitalism, immigration, the legal system and smart investing as he detailed the $ 17.6 billion his company earned last year.

“From a standing start 240 years ago — a span of time less than triple my days on earth — Americans have combined human ingenuity, a market system, a tide of talented and ambitious immigrants, and the rule of law to deliver abundance beyond any dreams of our forefathers,” Buffett wrote in his yearly letter to Berkshire Hathaway(BRKA) shareholders.

The 86-year-old billionaire, who is typically sunny about U.S. economic prospects, remained bullish about the future.

“Yes, the build-up of wealth will be interrupted for short periods from time to time. It will not, however, be stopped,” he wrote.

The 28-page letter made no mention of potential acquisitions. Last week, Berkshire-owned food giant Kraft Heinz(KHC)walked away from a bid to buy Unilever(UL), the European consumer products conglomerate.

Now there’s Wall Street chatter that Kraft Heinz and Berkshire are shopping around for another deal.

The company has admitted that it created as many as 2 million fake accounts between 2011 and 2015.

Jain and Berkshire Hathaway Energy CEO Greg Abel are said to be the two leading candidates to replace Buffett when the octogenarian steps down.

“Ajit has created tens of billions of value for Berkshire shareholders,” Buffett wrote. “If there were ever to be another Ajit and you could swap me for him, don’t hesitate. Make the trade!”

“That doesn’t mean they can’t criticize him or they can’t disagree with what he’s doing maybe,” Buffett said. “But we need a country unified.”

The take away: Invest in index funds that mirror the S&P-500, and keep fees to a minimum.

“When trillions of dollars are managed by Wall Streeters charging high fees, it will usually be the managers who reap outsized profits, not the clients,” he said. “Both large and small investors should stick with low-cost index funds.”