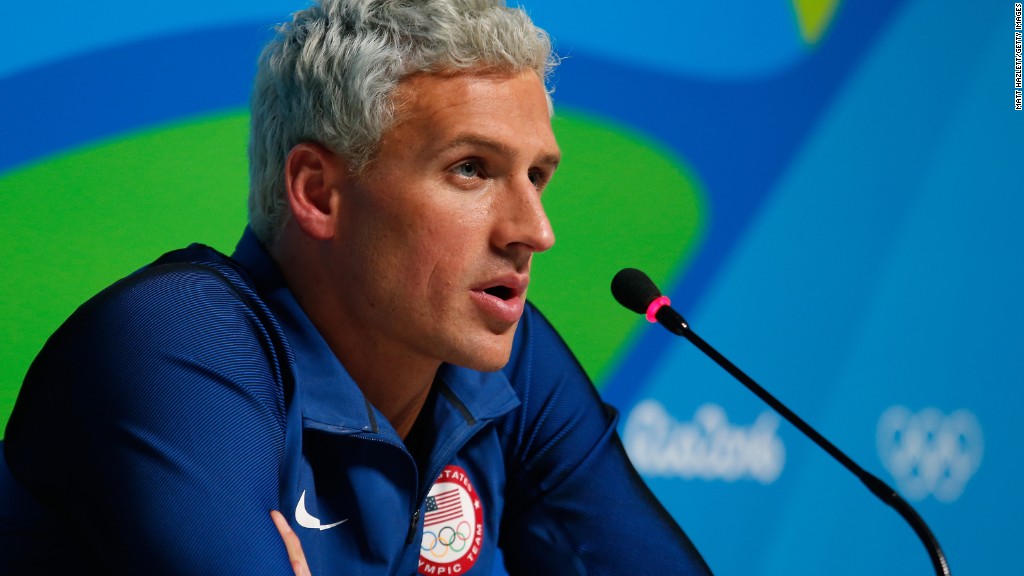 Ryan Lochte is displaying remorse for his behavior in Rio, but is it too late?

Lochte, 32, and three teammates allegedly vandalized a gas station and urinated on the building. He left those details out of an account he gave of being robbed at gunpoint. Lochte’s account of the incident changed, and police deny that any robbery occurred.

With the impending retirement of Michael Phelps, Lochte, a 12-time medal winner, could be stepping to the forefront of the sport in the U.S. Instead he’s enmeshed in this scandal.

What’s more, his younger teammates, James Feigen, 26, Jack Conger, 21, and Gunnar Bentz, 20, are also getting publicity for the wrong reasons. All three of them won gold medals in team swim relays.

U.S. swimming had a stellar Olympics, but it has largely been drowned out by the drama involving Lochte and Co.

The negative spotlight raises questions about the kind of U.S. men’s team Phelps is leaving behind.

USA Swimming credits Phelps with bringing more money into the sport by increasing awareness of swimming and making it cool. More swimmers were offered endorsements because of the attention he drew to the sport, and participation among boys even increased from 38% to 44%.

If endorsers were drawn to swimming because of Phelps’ talent, will they stay once he leaves? Especially if athletic performances are overshadowed by conduct issues.

Related: Ryan Lochte endorsements could be in trouble

Marketers consider the total package when deciding to partner with athletes. Signs of remorse are often taken into account and can go a long way toward winning over endorsers and fans.

Phelps was able to sign new deals after going to rehab following a DUI and bong-related scandal.

Former NFL quarterback Michael Vick was re-signed by Nike (NKE) a few years after he was dropped for a dog fighting conviction.

Tiger Woods kept his deals with EA Sports and Nike despite allegations of infidelity and his subsequent divorce.

Lochte has deals with Speedo, Polo Ralph Lauren and mattress maker Airweave. So far they’ve all released statements saying that they’re evaluating the situation. They haven’t cut him yet.

USA Swimming also released a statement saying it was “upsetting” that this was taking attention away from other athletes’ accomplishments in Rio.

“Given that his career may be winding down and given the negativity, I think you’ll probably see those endorsers back away,” Steinberg said.

He noted that Lochte is at a disadvantage compared to athletes like Kobe Bryant and Ray Lewis — even though their scandals were more serious.

“The difference is they had professional sports where they got to play every single day and [the emphasis on their scandals] passed,” Steinberg said. “Swimming is not watched by most people between Olympics, so it’s a little more difficult.”

Steinberg said starting a charity in Rio would be a smart move by Lochte.

As far as the future of U.S. swimming, Steinberg was more optimistic.

“There’s four years until the next Olympics and that’s lots of development time both for some of the other swimmers on the team and women’s swimming,” Steinberg said. “Katie Ledecky is a supernova. Swimming will survive just fine.”