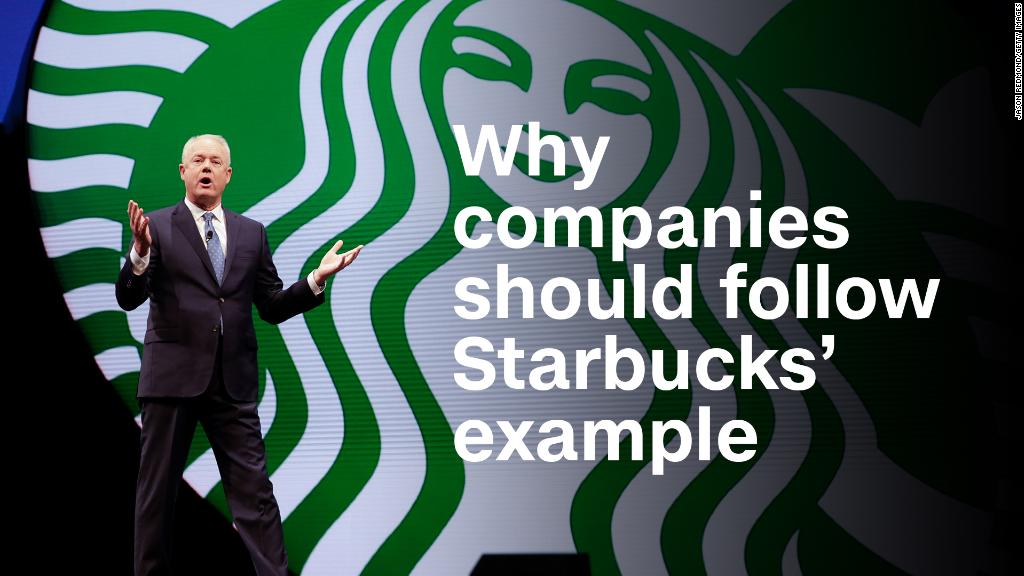 More than 175,000 Starbucks employees will undergo a company-wide training on Tuesday, which the coffee chain says will “address implicit bias, promote conscious inclusion, prevent discrimination and ensure everyone inside a Starbucks store feels safe and welcome.”

I wanted to experience a series of different unconscious bias trainings offered by different companies. Two of them — Microsoft and Google’s — are publicly available online. I also took one from Emtrain, an online provider of courses on sexual harassment, racial bias and other workplace ethics topics.

I wanted to know what these four trainings had in common, what they prioritized, and what good they ultimately did.

Turns out, they had more in common than I thought.

We all have bias. Every training I took emphasized this from the start, through user polls that show how employees compare to others who took the training, or through data displays that pointed out how common certain attitudes are among people of all backgrounds.

Part of the power in emphasizing this commonality is that it keeps people who may be learning about their own prejudice from feeling villainized by the training, says Janine Yancey, founder and CEO of Emtrain. Instead, good training wants everyone to see bias as something they can work on with each interaction.

“Acknowledge that it’s relatively easy to find ourselves with our foot in our mouth and saying things that are inappropriate,” Yancey says. “Good people say stupid things and we should acknowledge that. Not condone it, but at the same time, leave people a way to gracefully turn it around.”

Bad trainings are notorious for their cheesy lines and poorly-acted scenarios. But a good training will provide a wealth of realistic examples so that people can match their behaviors (or those of others) to the offensive or positive ones depicted on screen.

“It’s a tall order to expect people to change what they think, unless they’ve seen something different,” says Stephanie Creary, assistant professor of management at the University of Pennsylvania.

Microsoft’s training includes seven different videos, all of them walking the viewer through a problematic situation at work. And because it’s Microsoft, that problematic situation involves a hiring situation for a tech project, a new team lead wrestling with her perceived image, and remote workers left out of meetings.

At different points, every character makes a mistake because of his or her own bias.

But at the end of the training sequence, they’ve all grown and reached some resolution. They’ve seen that the ways they acted before intimidated or offended other coworkers, and, as the training emphasizes both at the beginning and end of the videos, this kind of teamwork is critical for Microsoft’s continued success.

In Google’s training, two slides show how even a small difference in perception of men and women’s performance can affect women’s ascension up the corporate ranks.

Both Google and Microsoft made a big show of pointing to the data and research that backed up all of their trainings. Which makes sense — they’re technology companies, and scientists want to see the research before they buy into a premise.

But seeing the research is helpful for everyone involved. In emphasizing that the goals of this training — say, promoting more women and people of color to positions of power will help the company’s financial goals — Creary says more attendees will understand that it matters to their organization’s bottom line.

“If you want to motivate workers to do something different, you have to tie it very tightly to what they do every day,” she says. “They have to see how the behavior that you’re pushing them to do has some line of sight to the ultimate goals of the organization.”

Will Equifax be held accountable?

September 17, 2017 Admin Comments Off on Will Equifax be held accountable?