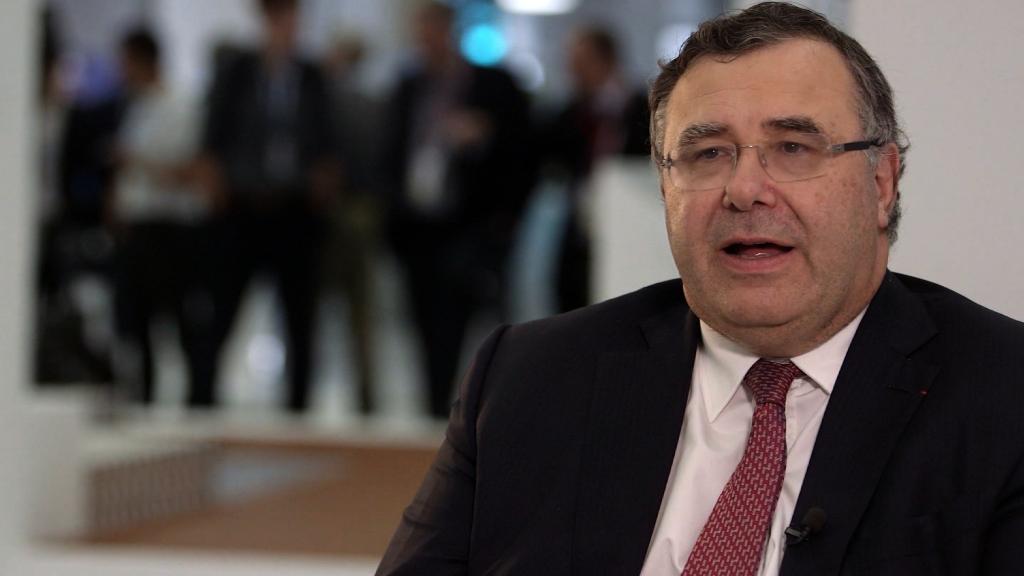 Total CEO: We are accustomed to geopolitical risk

Can the Iran nuclear deal be saved? It’s looking like a long shot.

Hours after President Donald Trump blasted the deal as “insane,” French President Emmanuel Macron said he expected Trump to pull the United States out next month “for domestic reasons,” according to several reports.

German Chancellor Angela Merkel is likely to lobby Trump to stick with the accord when she meets him on Friday.

Europe is trying to save a deal signed in 2015 under which the United States and other powers agreed to lift some economic sanctions in return for Iran agreeing to rein in its nuclear program.

Trump has vowed to rip up the agreement, which he has described as “the worst deal ever.” He’s now threatening to reject an extension of the agreement ahead of a May 12 deadline.

So who loses out if Trump does decide to abandon the nuclear deal?

Iran has the fourth largest crude oil reserves in the world and claims nearly one-fifth of the planet’s natural gas.

New sanctions on Iranian oil exports would put a dent in global supply and could cause prices to spike higher. They’ve already soared 13% this year to their highest level in three years, and the price of US gas has jumped to a national average of $ 2.79 a gallon.

“A lot of the reason for higher prices is the president’s policy on Iran,” said Joe McMonigle, senior energy policy analyst at Hedgeye Risk Management last week. “You’re talking about a huge amount of oil at risk. You’re going to see prices spike.”

The biggest deals signed with foreign companies so far have been for airplanes to modernize Iran’s creaking fleet.

Boeing(BA) signed an $ 8 billion deal to sell 80 jets to Iran Air after the sanctions were lifted. The first jets are due to be delivered this year.

Boeing has said the airplane sales to Iran Air will directly support tens of thousands of US jobs. The company noted that 100,000 Boeing employees will be involved with making good on the deal.

It has also agreed to sell 30 737 MAX airplanes worth $ 3 billion to Aseman Airlines, another Iranian carrier.

European rival Airbus(EADSF) wants a share of the action too. It has agreed to sell 100 jets to Iran for about $ 10 billion. Those sales could be in trouble if Trump reintroduces sanctions because Airbus uses parts made in America.

While many major foreign companies have remained on the sidelines because of fears over a return of sanctions, a handful have jumped in.

Total(TOT) signed a $ 2 billion agreement to help develop Iran’s giant South Pars gas field, together with Chinese state oil company CNPC. But the French company has cautioned that a tough approach from Trump could kill the deal.

“Either we can do the deal legally if there is a legal framework,” CEO Patrick Pouyanné told CNNMoney last year. “If we cannot do that for legal reasons … then we have to revisit it.”

General Electric(GE) has received millions of dollars in orders from Iran in 2017, according to company filings, for its oil and gas business.

In 2017, Germany’s Volkswagen(VLKAF) announced that it will sell cars in Iran for the first time in 17 years.

Travel operators have taken advantage of the renewed interest in Iran as a business and tourist destination since sanctions were eased.

European airlines such as British Airways and Lufthansa(DLAKF) have resumed direct flights to the country, and Iranian authorities have relaxed visa requirements.

France’s Accor(ACCYY) was the first international hotel chain to open in Iran in 2015.

Spain’s Melia(SMIZF) and Rotana of the United Arab Emirates have also announced plans to open hotels in Iran.

Growth has returned to Iran in recent years, but the economic recovery remains fragile.

“As the full suite of American sanctions, including penalties on importing Iranian crude oil, snap back into place, Iran’s precarious economic situation will certainly deteriorate,” Suzanne Maloney, a senior fellow at the Brookings Institution, wrote earlier this month.

There have been warning signs already.

The Iranian rial has plunged against the US dollar in recent months. The currency has lost roughly a third of its value over the past year, and media reports suggest the decline has been steeper on black market exchanges.

The fall has made imports more expensive, and some Iranians are reportedly cashing in their savings to buy dollars and euros.

Unhappiness over the economy, and the government’s management of the situation, helped fuel major protests in late 2017.

— CNN’s Ivana Kottasová and Zahraa Alkhalisi contributed to this report.