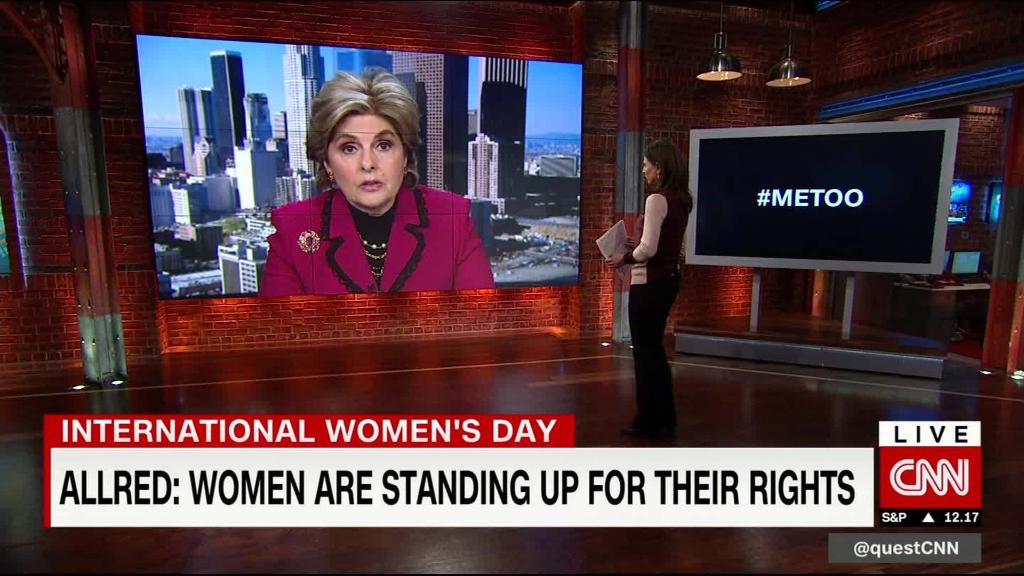 Critics of Sheryl Sandberg’s “Lean In,” for example, point outthe book may empower women to “sit at the table,” but it doesn’t correct some of the fundamental problems, like who is invited to the table and why.

Related: Looking back at ‘Lean In’ five years later

“They all sell this idea of success as a sort of individual pursuit that can be achieved if you just work harder, and also practice more self-care,” says Andi Zeisler, author and co-founder of Bitch Media. “‘Lean in,’ but don’t attempt to change the actual culture of your corporate job.”

“Brands are not in the social change business,” Zeisler says. “They’re in the making money business. I think that’s something people really have to keep in mind, because feminism is going to fall out of fashion again and brands are going to go right back to shaming women.”

The more we discuss how much help women need, Tinsley says, the more workplaces perpetuate a system that keeps women feeling isolated and inferior to their male counterparts.

Tinsley’s research shows that the repetition of these messages can even widen the perceived differences between men and women, actually decreasing women’s opportunities for empowerment.

“The more that we talk about how genders are different and that women need some kind of special products or special help, the more we are actually going to forward the gender differences narrative,” she says.

Changing that narrative means women need to question their own history of ingrained assumptions about women and girls, according to psychologist Valerie Purdie Greenaway, director for the Laboratory of Intergroup Relations and the Social Mind at Columbia University.

“It’s the elephant in the room,” Greenaway told attendees Tuesday at the “Embrace Ambition” Summit in New York. “Women have implicit biases, too.”

She pointed to research on students’ attitudes about their own academic performances. By a small margin, the women in the study ranked their performances lower than the men did. Most people would interpret the data to mean women are less confident than men. But, Greenaway said, they could reframe it as “women are realistic, and men are overconfident.”

That kind of rethinking challenges the assumption that women are innately less confident, she says, and it disrupts the narrative promoted in media, business and beyond.

3 tricks billionaires use to make their money work for them

August 2, 2018 Admin Comments Off on 3 tricks billionaires use to make their money work for them