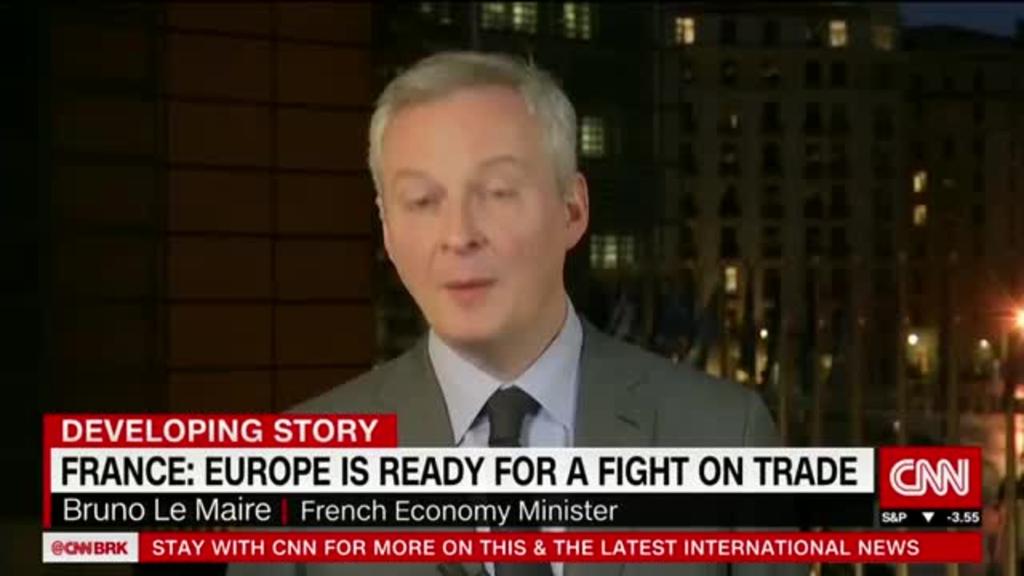 Main Street and Wall Street are bracing as the United States prepares to levy more tariffs on China.

It’s unclear which Chinese products would be taxed, or how high individual tariffs will be.

1. The Trump administration is turning its tough talk on trade into action this year.

2. Chinese officials are warning that it will retaliate with tariffs on US exports to China. They haven’t been specific yet though.

3. Investors, economists and policymakers are worried about a China-US trade war that could embroil the global economy.

4. Americans buy lots of Chinese-made goods. Prices will likely go up for shoppers. How much is anyone’s guess.

So there’s a lot at stake, from Wall Street to your local Walmart.

Trump administration officials say fears of a trade war are overblown. And the tariffs are essentially delivering on a campaign promise: Trump told voters he would get tough on China, accusing it of stealing US jobs.

The $ 60 billion question is whether Trump’s tariffs will create or kill more new American jobs.

What does China have to say about this?

“A trade war does no good to anyone. There is no winner,” China’s Premier Li Keqiang said at a press conference in Beijing.

China can push back on the United States. For example, it is one of the biggest buyers of US crops, including soybeans or sorghum. China could put a tariff on those, or decide to buy more soy from places like Brazil and Argentina.

China is also the biggest creditor of the United States: It owns more US government bonds than any other country. And it recently cut some of its US debt holdings, though investors don’t currently expect China to immediately dump its US debt.

How we got here

Related: Boeing would be on the front lines of a US-China trade war

In August, US Trade Representative Robert Lighthizer launched an investigation into Chinese theft of US intellectual property, including software, cell phone apps and technology patents.

Except the US economy isn’t driven by guacamole. Its driven by businesses that provide services like technology companies. So China’s theft of intellectual property hits at a real strength in the US economy.

The United States focused on four allegations by American companies against China, according to a USTR official who spoke on background to reporters Wednesday. The companies allege:

1. Chinese firms force them into partnerships, then steal their technology and eventually end the joint venture.

3. China uses “cyber intrusions” into US commercial networks to spy on US commerce.

4. American companies operating in China don’t have the same property rights that Chinese firms do.

It is the first time since the Reagan administration that the White House has used this 1974 trade law to conduct a trade investigation of this type. It’s one of Trump’s many tools to hit other countries with tariffs without congressional approval.

Now the Trump administration’s investigation is wrapping up — and among trade experts, it was always a foregone conclusion. Tariffs were coming.

In this particular case, trade experts widely agree with the Trump administration that China has cheated and stolen, and that it should pay a price. The administration’s diagnosis is correct, economists say. The remedy is where people differ.

August 30, 2017 Admin Comments Off on Premarket: 5 things to know before the bell