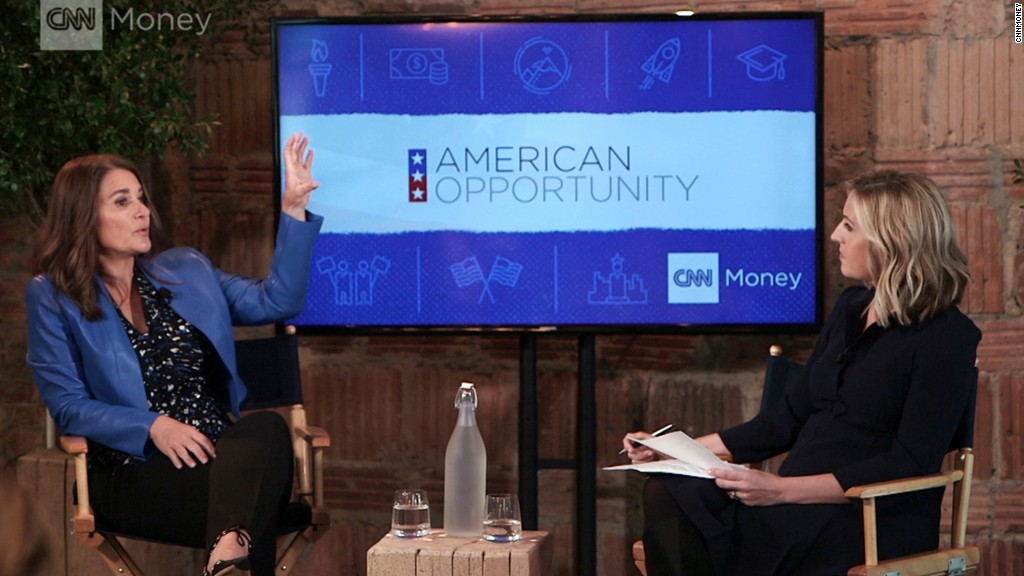 Melinda Gates: I’ve experienced sexism ‘all the way through’ my career

You probably have a mental picture of the usual mentor-mentee relationship: a college-aged ingenue sitting at lunch with an industry veteran.

But for some women, that picture isn’t accurate. For an older woman looking for mentorship through a career transition, creative stagnation or the second half of her career, there are increasingly few places to turn: there’s no alumni network or old boys’ club to step in and help.

That’s a problem for both women and employers since sponsorship and mentorship can be key to retaining female talent.

Where can women turn if they’re looking for guidance at later stages of their career?

Related: The problem with the lack of female mentors

Part of it is subverting our ideas of what mentorship looks like, says Nilanjana Dasgupta, professor of psychology at the University of Massachusetts.

Particularly for senior women, finding mentors who look like them can be a challenge. For women of color, they feel a dual pressure of wanting to advance in their own careers even as they spend significant time shepherding younger people of color through the ranks, says Laura Sherbin, co-president at the Center for Talent Innovation.

Related: Why you need a sponsor, not just a mentor

Mutual mentoring or peer networks are another good source of inspiration for women in leadership. Some programs even pair executive mentees with junior mentors, where the younger employee shares different skills or experiences with the senior worker.

When Boston architect Emily Papparelle first joined a mid-career women’s mentoring group, she says she felt “a little embarrassed” to be applying for a mentor nearly 10 years into her career. But after she met her mentor and connected with the other women in the group, her perspective changed entirely.

“I had gotten 10 years into my career and never really had a mentor, let alone a female mentor,” she says. “I learned we do still need mentors 10 years into careers. It’s not too late. You have been in the same place for 10 years and you start to not really know your place. And someone else says ‘No, I have seen your portfolio. I have gotten to know you. You are very valuable, here is your potential.'”

January 27, 2018 Admin Comments Off on 4 money lessons every teenager needs to know

What it takes to work at a haunted house

October 26, 2016 Admin Comments Off on What it takes to work at a haunted house